This leak comes courtesy of Fudzilla. They've got their hands on some more Skylake-s related platform specs. Fudzilla has been a consistently accurate source of leaks. So rest assured that what you'll read here will materialize in some form or fashion next year. 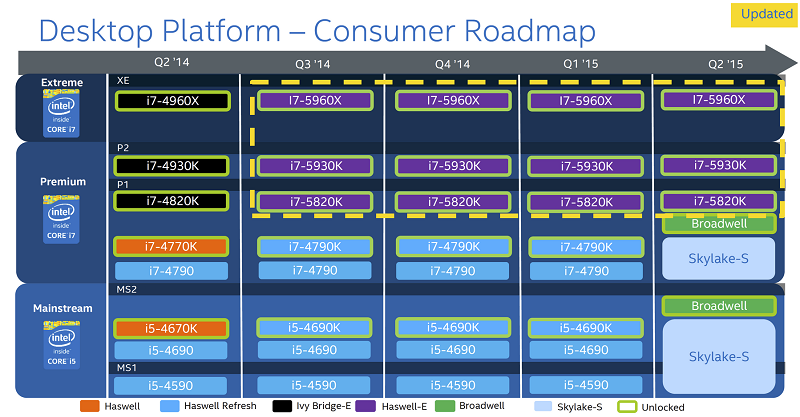 .
The more we hear about Skylake-S the more we realize what a conflicting product this has been for Intel. We still expect to see both Broadwell and Skylake CPUs coexisting in 2015. Having two different CPU generations launch months within each other is unusual to say the least. But all of this can be traced back to Intel's 14nm struggles. Had the 14nm process been on time Broadwell wouldn't have needed to coexist with Skylake, because it would've been launched much earlier. Remember Intel had to release Haswell refresh parts only because Broadwell wasn't ready.

Intel Introducing a New Socket and Chipset With Skylake

According to Fudzilla Skylake-S processors will replace non-K Haswell refresh "Devil's Canyon" chips. So although Intel will be introducing a new family of CPUs they'll be very limited in terms of overclocking due to their locked nature.

Skylake processors will require a new socket. LGA 1151 which has one additional pin compared to the current LGA 1150 socket. Skylake will supoort both DDR4 1.2v and DDR3L 1.35v. Apparently the motherboard makers will decide which memory architecture to support on each board. The motherboard will only support one type or the other, not both simultaneously. 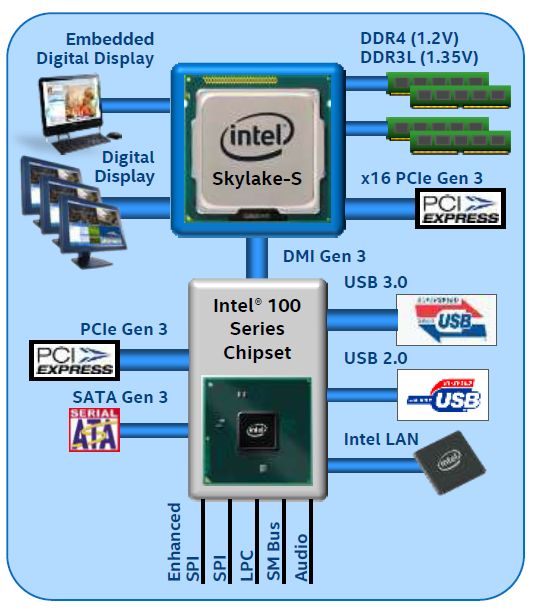 Overclockable K-suffix CPUs will only be released in the Broadwell flavor. At leas initially, overclockable Skylake parts are still missing from Intel's roadmap. One thing's for sure though is that if they do come out it'll be after the flock of mainstream Skylake chips has been released. So expect to see it in Q3 or Q4 or 2015.

The new enthusiast chipset for SKylake is dubbed Z170. It maintains dual channel memory support with up to four dims in total. Z170 will also support a whopping number of USB ports. 14 in total, 10 of which are USB 3.0 and 4 are USB 2.0. USB 3.1 support is still missing unfortunately, so board makers will have to resort to using their own controllers if they want to enable it.

All in all Skylake seems to be more of an evolutionary step rather than a revolutionary one. Both in terms feature-set and performance. I can't believe that it's been almost eight years since quad cores were introduced, 9 years since dual core CPUs were introduced. And we're still limited to quad core/module eight thread offerings at the mainstream level from both Intel and AMD. Intel doesn't seem keen on changing that with Skylake, let's hope AMD has different plans for Zen.