Another set of Intel Skylake Core i7-6700K performance and gaming benchmarks have been leaked by Chinese sources. The latest benchmarks once again pit the flagship 14nm Skylake processor against the flagship 22nm Devil's Canyon processor, the Core i7-4790K which serves the enthusiast space currently on the 9-Series main stream platform. The benchmarks show gains in all departments with the new 6th generation Core series CPU and you can check out the several benchmarks in the post below. 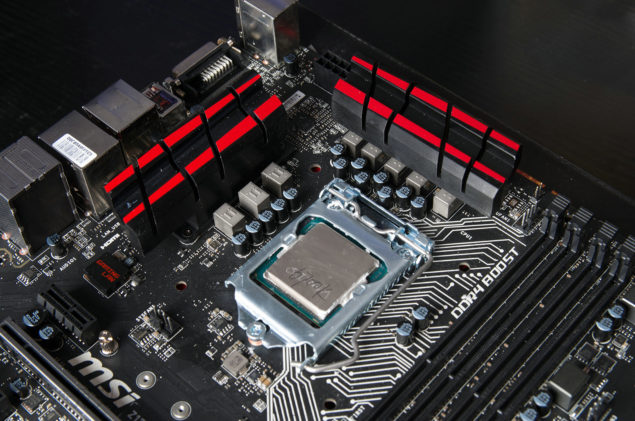 The Intel Core i7-6700K is the flagship 14nm processor of the Skylake-S desktop lineup. Its in fact the first of the two processors which will be launched on 5th August by Intel at Gamescom to kickstart the Skylake lineup and the Z170 chipset based motherboards. Starting off with the flagship Core i7-6700K CPU, we are looking at a quad core design with eight threads which shows a multi-threaded design. The chip features 8 MB of L3 cache and has clock speeds maintained at 4.0 GHz base and 4.2 GHz boost clock. The chip can support DDR4 2133 MHz memory and DDR3L 1600 MHz memory. The processor features the HD 530  graphics chip, clocked at 300 MHz base and 1150 MHz boost and full support for DirectX 12 API. 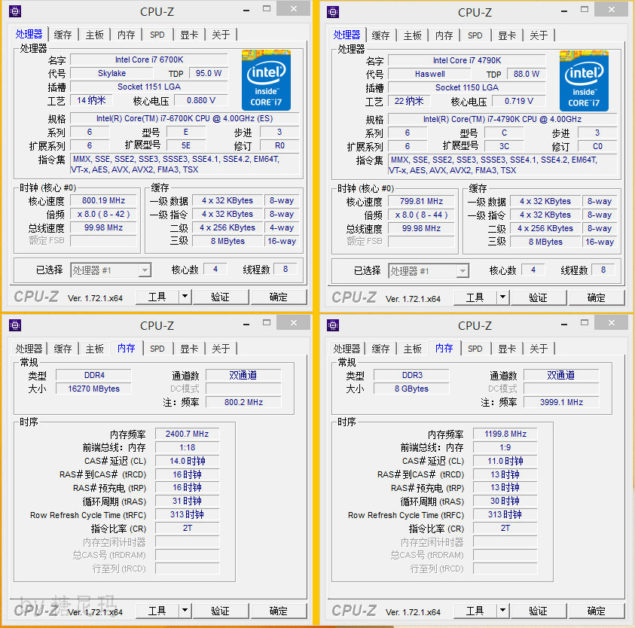 The MSI Z170A Gaming Pro Motherboard and the Test Rig:

The MSI Z170A Gaming Pro features the LGA 1151 socket that is powered by a 8-Pin connector while the board itself is powered by the 24-Pin ATX connector. The first thing we notice from the design of this board is that it falls in the extended ATX category since the PCB is extended to the right to make room for the fully illuminated RGB LEDs strip that runs from top to bottom of the board. The board features a nice red and black color layout with three heatsinks cooling off the 8 Phase VRM and the Z170 PCH. The The most notable thing about the Pro gaming motherboard is the RGB LED strip which allows users to choose from 16.5 Million colors and 8 different LED effects.

Aside from the fancy details adopted by the Z170A Gaming Pro, the motherboard comes with four DDR4 DIMM slots that can support up to 64 GB of capacity with speeds of 3300 MHz (O.C+). Expansion options include two PCI-e 3.0 x16, two PCI-e 3.0 x1 and three legacy PCI slots. There are not M.2 ports on this motherboard but MSI is designing gaming boards which will make use of up to two Turbo M.2 slots with performance rated up to 64 GB/s in transfer speeds ensuring the best possible performance from NVMe SSDs. Other features include Game Boost dial which ensures better clock speed boost while gaming and MSI LAN Protect that has 15KV anti-surge protection. Storage options on this motherboard include 6 SATA III 6 GB/s ports and a single SATA Express port. There’s the MSI Audio Boost chip allocated to its own isolated PCB. Internal USB headers include two USB 2.0 and a single USB 3.0 header. Memory used included Corsair Avenger LPX DDR4 DIMMs (4GX4 2400MHz timing 14-16-16-31) and for gaming benchmarks, the tester used a high-end MSI GeForce GTX 980 TI Gaming graphics card.

Before we head over to the benchmarks, you should definately check out these two extreme overclocks of the Core i7-6700K which have been validated through CPU-z. The 6.53 GHz overclock is insane and achieved with LN2 on an MSI Z170A Gaming 7 motherboard while the 5.2 GHz (1.35V) validation was achieved by HKEPC that we reported yesterday on an ASRock Z170 OC Formula motherboard. 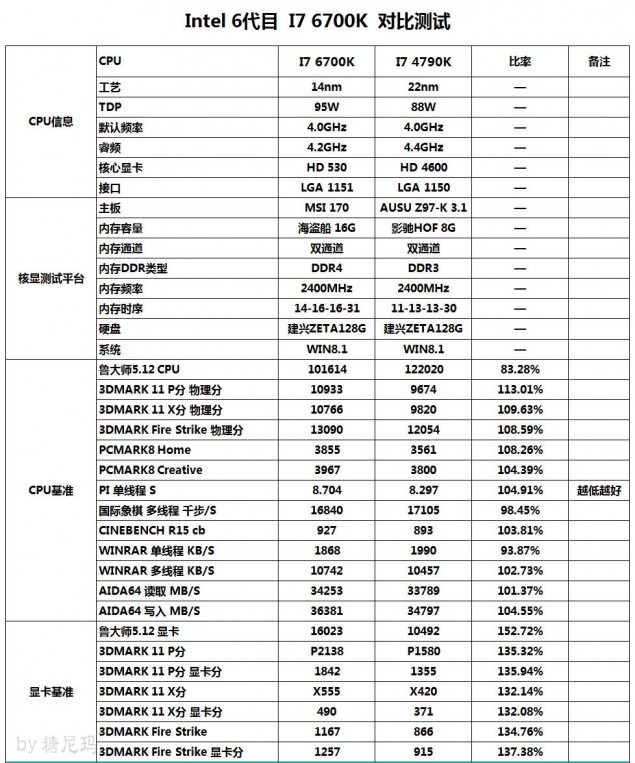