The first Skylake Core i7-6700K and Core i5-6600K are now available for sale on Ebay Australia and being sold unofficially. Being the 6th generation processor family from Intel, Skylake is going to bring improvements to both CPU and GPU performance with an updated 14nm process and a platform that's built for gamers and enthusiasts. 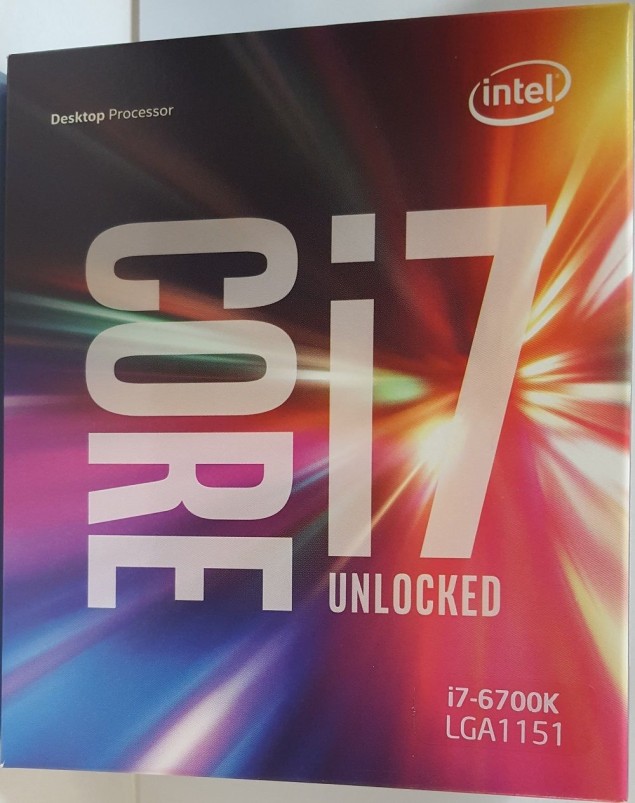 The two processors that have been listed on Ebay AU will be the only Skylake that will be initially sold to the public. These two processors which have been most talked about in the last couple of months will debut at the Gamescom event held in Cologne, Germany. With tons of Z170 motherboards already spotted and detailed, we know that Skylake based platforms are going to be feature loaded and will be full in demand by the consumers. It seems like some sellers will take opportunity of this demand to increase prices and unofficially start sales for Skylake chips in the market. One specific seller has done so through Amazon AU and selling the two unlocked Skylake processors for insane prices of $649.99 AUD (Core i7-6700K) and $469.99 AUD (Core i5-6600K). While the prices in Australia are usually hiked up, they should be no where in the range of the prices we see above and it is advised for anyone purchasing a Skylake processor to wait a few days when the chips are officially launched.

As far as the box package is concerned, Intel has moved away from the traditional packaging scheme to a more vibrant colorful design. Now this is something that totally doesn't matter but its a nice touch to the box art as Intel's packaging has been subject to criticism in the past due to very odd pictures and labels on the front side. The move is good and the box is also slimmer due to the fact that the chip doesn't come with any heatsink so that users can use their own current or new high-performance coolers since those will be easily compatible with the new LGA 1151 socket without the need of new retention brackets from cooler makers. The processor will ship with three years of warranty from Intel and will be selling at half of the prices in US that you will be getting from the current listings.

The Skylake-S Unlocked processors include the Core i7-6700K and Core i5-6600K and are labeled as the enthusiast” 95W processors. Starting off with the flagship Core i7-6700K CPU, we are looking at a quad core design with eight threads which shows a multi-threaded design. The chip features 8 MB of L3 cache and has clock speeds maintained at 4.0 GHz base and 4.2 GHz boost clock. The chip can support DDR4 2133 MHz memory and DDR3L 1600 MHz memory.

These Skylake processors will have several features that include increase IA and graphics performance at much lower power than their predecessors. While the TDP remains 95W, Intel has further improved the efficiency of these new chips hence delivering much better performance. The Skylake processors will support both DDR3L and DDR4 memory types. The DDR3L memory will be available on the mini-PC designs such as All-in-ones and NUCs while traditional PCs which will get Z170 and H170 series motherboards will have native support for DDR4 DIMMs. The unlocked processors options which are also the Enthusiast CPUs as detailed above will allow enhanced full range BCLK overclocking. Other features includes Turbo Boost 2.0, Hyper Threading, DMI 3.0, 3 digital displays capability (including embedded Display Ports), HEVC, VP8, VVP9, AMCs and support for the latest APIs such as DirectX 12, OpenGL 4.3/4.4 and OpenCL 2.0. 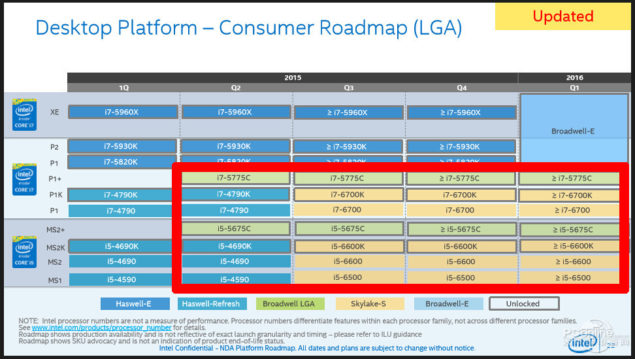