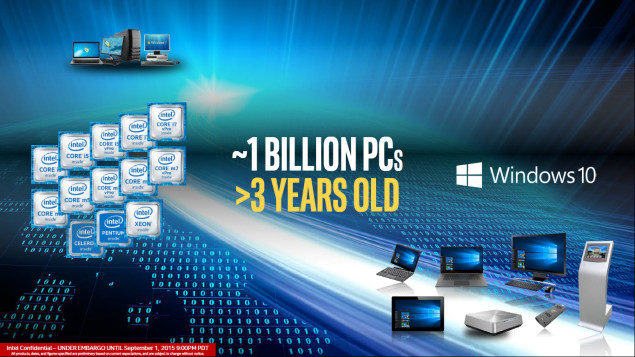 The latest line of processors does come with very odd naming scheme but that could be the reason behind the silent launch. Intel usually markets the launch of new processors that are featured in their mainstream lineup but these chips could be a special case as most of them are aimed at mobility platforms with just two chips that are focused at the desktop market. All new processors are listed in Intel's official price sheet which means that they are readily available for purchase. The desktop chips will be hitting retail channels soon, for mobility chips, you will have to search for specific products that come with the new processors.

The first two chips to detail are the only desktop processors in the new line. First up, we have the Core i5-6402P which is a quad core processor (No Hyperthreading Support), featuring a base clock of 2.8 GHz and frequency boost of 3.4 GHz. The chip comes with 6 MB of L3 cache and has a TDP of 65W. Previously, Intel processors that came with the "P" suffix didn't feature any integrated graphics processor. This Core i5, how ever, does come with a iGPU. The graphics side is powered by a HD Graphics 510 chip that is clocked at 950 MHz .

The second processor in the lineup is the Core i3-6098P which is a dual core chip with hyper threading turned on. This processor comes with a base clock of 3.6 GHz but doesn't has any boost clock. The processor has a TDP of 54W and comes with 3 MB of L3 cache. The chip also integrated an HD Graphics 510 chip that is clocked at a higher frequency of 1050 MHz. Both processors come with DDR4/DDR3L memory support (2133/1600 MHz) and are compatible with existing LGA 1151 motherboards. The Core i3-6098P will retail at a price of $107 US while the Core i5-6402P will retail at a price of $182 US. While both chips aren't unlocked to support overclock, motherboard makers have released new BIOS updates that allow overclocking of non-Unlocked Skylake CPUs on their motherboards which makes the entry level Core i3 processors a really good deal. 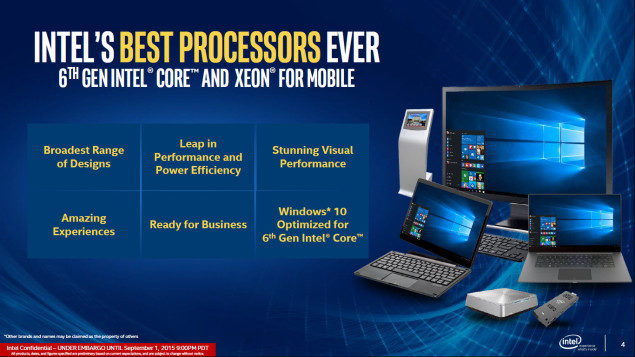 On the mobility front, Intel has 6 new chips. We will simply detail the Skylake ones first which include the Core i7-6498DU, Core i5-6198DU, Celeron 3955U, Celeron 3855U. The fastest of these is the Core i7-6498DU which is a dual core (hyper-threaded) processor that is clocked at 2.50 GHz, features 4 MB of L3 cache and retails at a price of $393 US. The Core i5-6198DU comes with a dual core (hyper-threaded) design but clocked at a lower 2 . 30 GHz core clock while featuring 3 MB of L3 cache. The processor retails at $281 US. Both Celeron processors are dual core models, the Celeron 3955U comes with 2.0 GHz clock speed while the Celeron 3855U comes with a clock speed of 1.60 GHz. Prices are suggested at $107 US for both chips. Both processors come with Graphics 510 iGPUs so clock differences will be added to differentiate the processors.

Coming to the Broadwell series, we have two new processors, the Core i7-5500DU and Core i5-5200DU. The Core i7 chip comes with a dual core (hyper-threaded) design with 2.40 GHz clock speed and 4 MB of L3 cache. The Core i5 model comes with the same design but features a lower 2.20 GHz clock speed and 3 MB of L3 cache. The prices for these chips are the same as  their Skylake counterparts at $393 US and $281 US. The mystery is the DU branding. The "U" suffix stands for ultra low voltage and the specifications are very similar, compared to the U-Series processors. These chips might be aimed at embedded platforms and some very low power devices. You can check the table below for detail information.