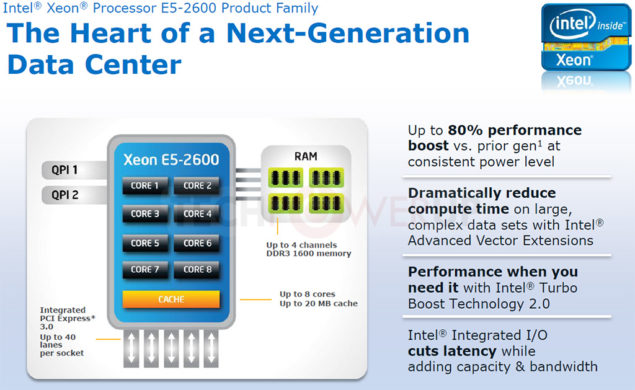 Intel's Sandy Bridge-EP Xeon processor has been tested by the guys over at Coolaler Forums. Intel's Xeon line of Server processors are expected to launch in Early 2012 along with the new C2 stepping which launches alongside the new Core i7-3820 Processor in January.

The Intel Sandy Bridge-EP "E5-2687W" Processors tested is still in Engineering Phase and comes with the C0 stepping. It features a fully unlocked Sandy Bridge-E module consisting of 8 Cores and 16 Threads. Core Frequency is maintained at 3.1Ghz and Turbo Boost frequency is set at 3.4Ghz. The CPU features 20MB L3 Cache and a TDP Design on 150W.

Intel has surely pushed the TDP design bar with its new Sandy Bridge-EP Processors based on the 32nm die. A higher Power Design means an increase in total heat produced so the forum members tested the processor through a CPU Burn-In Test at Stock clocks and using the Stock Supplied Heatsink Fan. 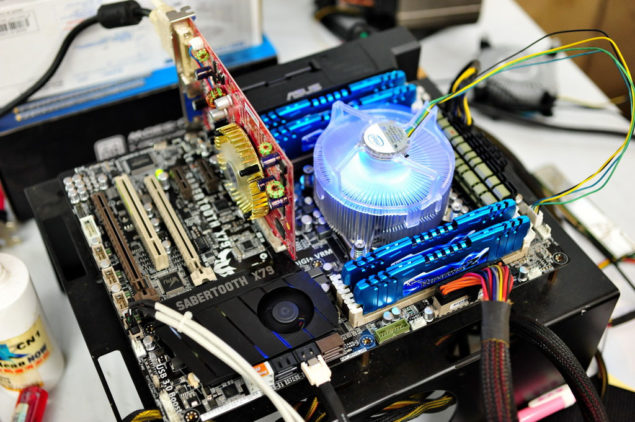 After 1: 15 Hours of stress, The CPU managed to stay below a temp of 60C which is a pretty impressive result with stock cooling. High Performance Coolers and Water Cooling which are more ideal for Server setups would result in a much more significant drop in temps so its better to aim for those solutions.

Leaked Slides from Intel also show performance estimates of another Sandy Bridge-EP processor codenamed "E5-2690". The Slide detail that the new Xeon line of Sandy Bridge-EP based Server/Workstation Processors would be Multi-Socket Capable and feature an Integrated Quad Channel Memory Controller with PC3-12800 (DDR3-1600 MHz) as Standard memory supporting upto 768GB of memory. An performance increase of 80% is expected over the Xeon X5690 six-core processor as indicated in the slides below: 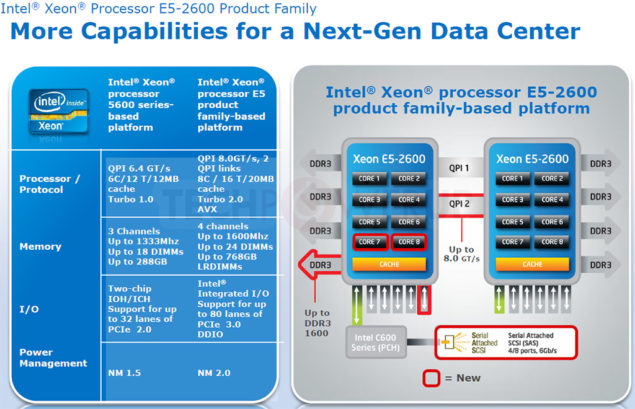