The CPU’s will need a 15w CULV. We will see a new high-end Core i7 680 UM in Q4 which is clocked at 1.46 GHz and can reach turbo boost up to 2.53 GHz and a 1.33GHz / 2.13GHz Core i5-560UM and also a 2.26 GHz Low power Core i7 660LM chip which will run at 25W. The new chips will have an integrated Intel HD Graphics chip on the same die. But with the arrival of the 32nm “Huron River” Platform we will get WiMAX, WiDi and Intel Bluetooth along with a new Dubbed Zero power ODD which will offer a power saving sleep mode to keep the battery running for a while and will promise to run Blu-ray movies with enough battery time. 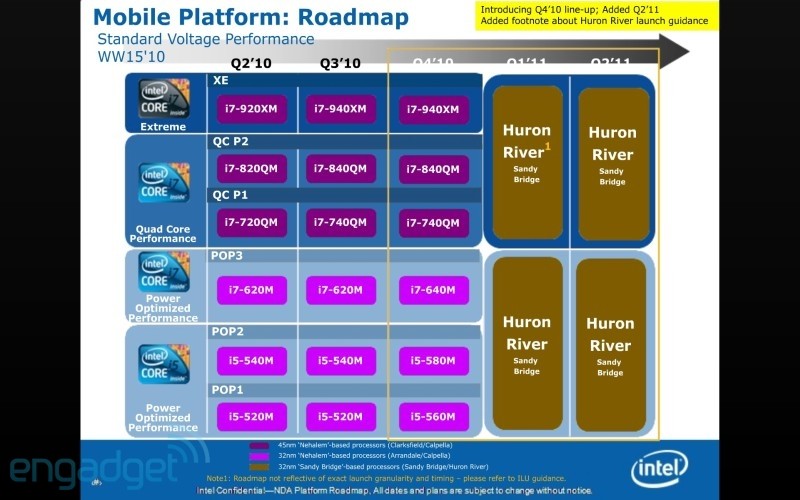 You can check out the Intel’s whole 2010 mobile roadmap here.