Intel has officially announced its SSD 910 "Ramsdale" PCI-Express SSD family which is the company's first SSD to feature the PCI-e add-on card form-factor design. The new SSD utilizes the HET-MLC NAND flash chips which are arranged in two/four sub-units. 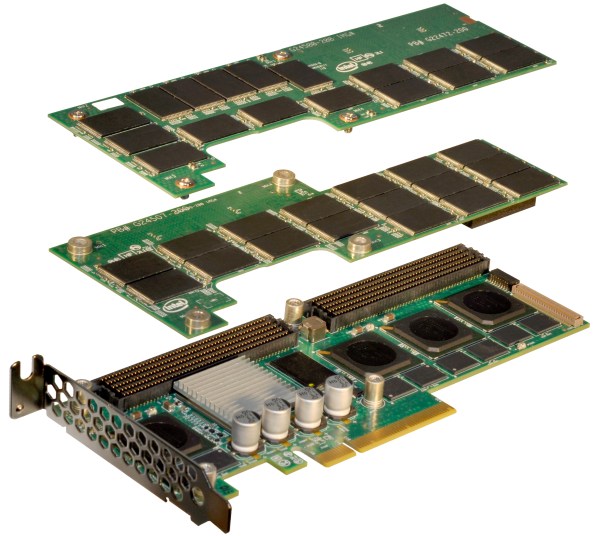 The SSD 910 is made up of three stacked PCB's with connectivity provided through a PCI-Express 2.0 x8 bus interface, The PCB with the interface holds the SAS Bridge (A Raid Controller) and four SAS/NAND ASICs. Each of the controller is wired to the NAND memory chips located on the other PCBs. The SAS PCIe bridge has been made by LSI. 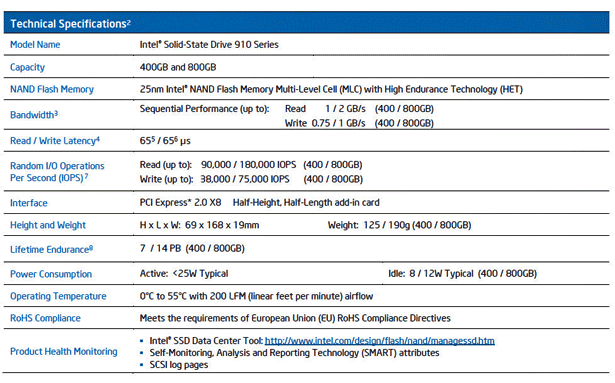