If you are thinking about putting together a high-end gaming PC, now might be the best time to buy an Intel Core i7 Haswell processor and maximize your budget, because Intel is offering three free games, one of which is the upcoming highly anticipated latest installment in Avalanche Studios’ action-packed open world video game series, worth more than $100 to those that purchase qualifying Intel Core i7 processors or devices that are powered by one.

Intel has once again begun to offer free games to players under its Intel Gaming Bundle promotion. The new game bundle includes three titles that players will get without having to pay anything if they buy select Intel Core i7 processors or systems that run on one. The games included in the bundle are Counter-Strike: Global Offensive, which is known for its online team-based action gameplay and is one of the top-played games on steam, World of Warships, and Just Cause 3, one of this year’s highly awaited sandbox title that is set to release only on current-gen platforms on December 1.

Players can claim this game bundle using the Intel Enthusiast Game Voucher that will be provided to them with the purchase of a qualifying product. Upon entering the master key from the voucher on Intel’s website, players will be able to download the games. World of Warships is actually a free-to-play game, but the American chip maker claims that their Enthusiast Game Voucher has a value of $124.98, with the game being marked as having a worth of $50. So it is likely that the game comes with $50 worth of in-game items, credits, or premium account benefits. Here is a break down of the total voucher value:

Intel has not provided specific details about the products that qualify for the game voucher, however, it appears that Newegg and NCIX have a number of Intel Core i7 Haswell processors that include this game voucher. The list includes the high-end i7-5960X and i7-5930K as well as cheap i7-4770 central processing units. You can see the list of processors that have been found to be available with the game voucher on Newegg below, courtesy of LegitReviews. It is worth mentioning that New Zealand-based retailer Playtech is offering the game voucher with Core i5 Skylake processors, so apparently this promotion is not limited to Core i7 chips only. 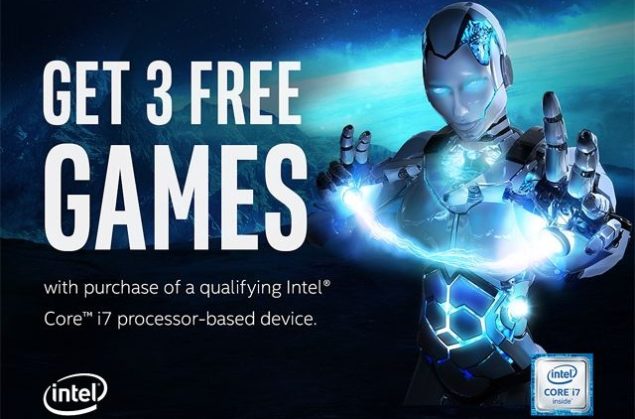 The offer is apparently valid until February 15, 2016, or when the voucher codes run out, whichever comes first. Intel Core i7 Haswell processors still cost a good amount of money, but this addition of free Enthusiast Game Voucher that is worth more than $100 surely seems to be a good deal. You can check out the Intel Game Bundle website here, but there is not much information about the promotion there. Intel has been contacted for specific details on the products that qualify for the promotion, and the retailers that are participating in this.