Google's got a lot of projects that don't lineup up with its operations as a search engine or a software provider. This was in fact one of the primary reasons that we saw the company diversify its core and become the part of  larger parent company, now to be known as Alphabet. Whether Google and Co. get to keep the name, given that BMW already owns a company by the similar name, we'll find out soon. But the company has just shown off its latest Project Tango tablet, this time manufactured in conjunction with US chipmaking giant, Intel. 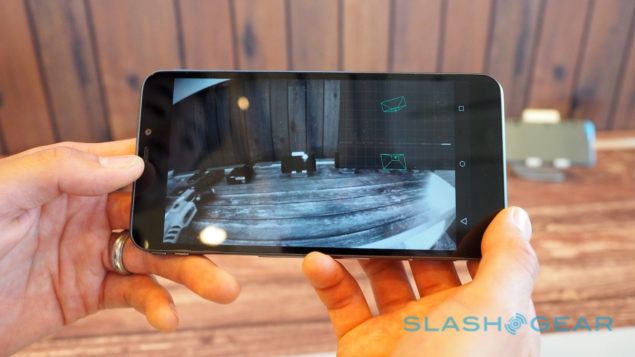 Given Google's preference to give anything even remotely futuristic a try, we got the first Project Tango tablet last year when the company partnered with Nvidia for its release. Powered by the Tegra K1, the device came with 4 GB of RAM, 128 GB of internal storage, a depth sensor and became the second device to run Nividia's mobile SoC, after the Xiaomi MiPad. We also saw Google cut its price in half after a while, whether due to disappointing demand or to further boost market interest, its unknown. But things are moving ahead with Project Tango, as this time its Intel's turn to mess around with Augmented Reality on Google's behalf. 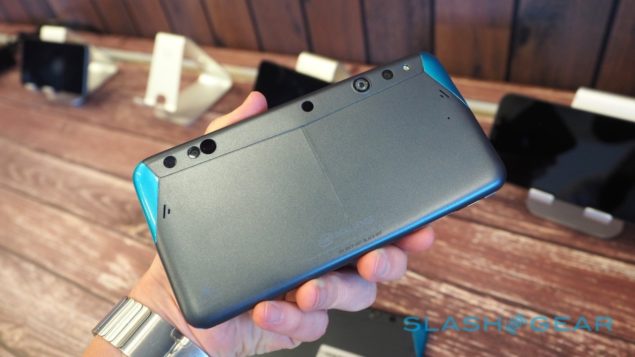 As far as its functionality goes, the device manages to stay true to the concept of Augmented Reality. Not only does it let you simulate 3D models of your environment in real time, but it also lets you interact with it in new and interesting ways. Exampled include building Minecraft style building blocks into your mapped environment. In fact, one of the coolest features that the company showed off with the Tango device at IDF was a custom built NERF gun which nests the device and allows you to duck and shoot at and from robots that are mapped in your environment. 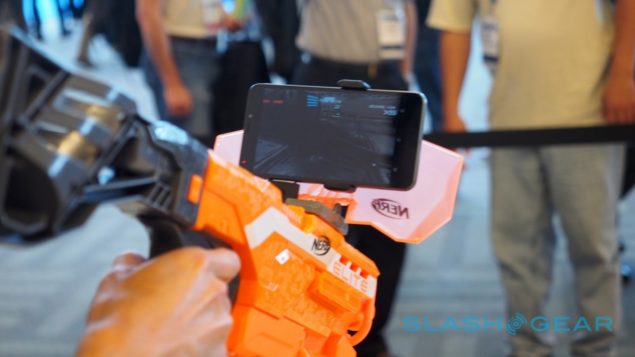 The device comes with a 6-inch touchscreen, Intel's Cherry Trail X5 processor ticking under the hood and a combined USB/HDMI port.The Project Tango developer kit is expected to go on sale by this year's end and will cost around the same $512 price tag that goes along Nvidia's device as well.