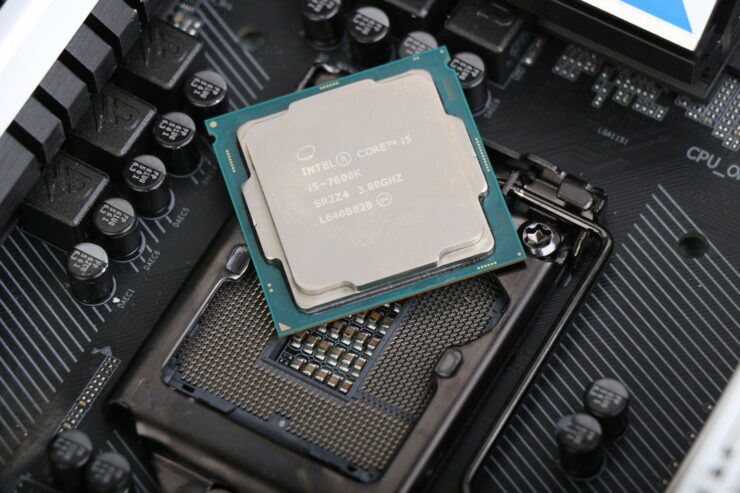 The first Core i5-7600K review has just been published by PCOnline. The review gives us a first look at the CPU performance of the upcoming Kaby Lake processors and shows what kind of optimizations should we expect on the new processors.

Intel would be launching Kaby Lake (Desktop) for consumers on 5th January 2017. The launch would include 200-series motherboards and Kaby Lake-S series processors. The processor lineup will be available in several variants. The Core i5-7600K is part of the K-Series family which indicates an unlocked multiplier. These CPUs are geared at overclockers and for those not interested in overclocking, regular (Non-K) variants will also be sold.

Details of the Core i5-7600K have been listed before. The processor will be replacing the Core i5-6600K which is based on the Skylake architecture and feature a generally more optimized architecture. Just to make it clear, Kaby Lake isn't a new architecture but essentially an optimized variant of Skylake with enhanced clock speeds. Specifications for the processor are mentioned below.

The Intel Core i5-7600K processor is the fastest Core i5 chip in the Kaby Lake lineup. This chip features a quad core, non hyper-threaded design. The chip is based on the latest 14nm Plus process node which delivers improved efficiency and performance on the existing 14nm FinFET technology. The clock speeds are rated 3.8 GHz base and 4.2 GHz boost. The processor packs 6 MB of L3 cache and has a TDP of 91W. 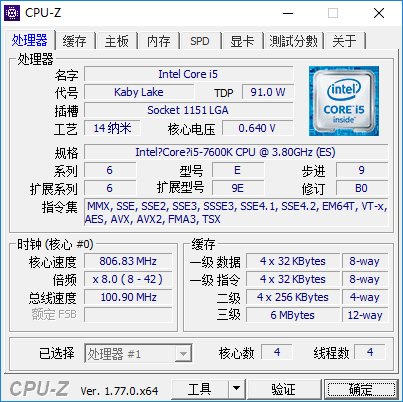 Other updates include a new Intel HD 630 chipset. The new graphics chip will feature 24 execution units and would be slightly faster compared to HD 530 due to increased clock speeds achieved on 14nm+. The Core i5-7600K CPU will retail at $239 US. Specifications and prices of Kaby Lake desktop processors are detailed here.

You can also visit this link to look at even more benchmarks of the Core i5-7600K processor.

The whole desktop Kaby Lake platform can be compared to Devil's Canyon which featured a largely enhanced version of the Haswell architecture that helped increase in clock speeds. We are looking at the same situation where the new 14nm+ node offers 12% more energy efficiency. This allows the new CPUs to run at much high frequencies while keeping the same power envelope. Intel's speed shift technology from Skylake is also found on Kaby Lake chips that allows faster task competition and faster clock rate switch, ultimately leading to lower demand. 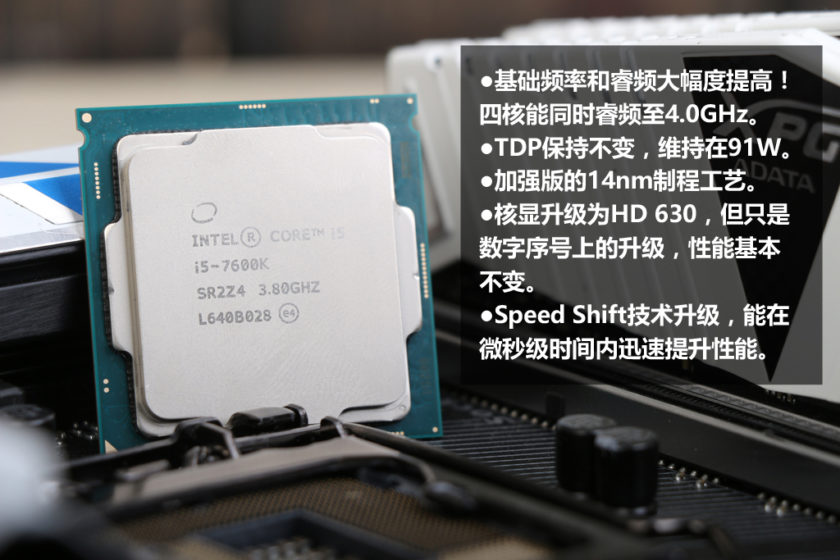 Another thing to note is that Kaby Lake K-Series would be featuring a heatsink that will be soldered using TIM and not cheap materials. This will allow better heat conductivity between the CPU die and the thermal surface.

The Intel Core i5-7600K has faster clocks than the Skylake based Core i5 chip. It's not hard to tell that the new chip is faster. In all benchmarks, the Core i5-7600K had a decent lead over the Skylake based processor. The lead falls around 9-10% but that only comes from the clock increase. IPC (Instructions Per Clock Cycle) are the same as Skylake and show a 1% increase.

We should expect that IPC lead to remain at a minimum for the 2 years that are to come. Cannonlake, the follow up to Kaby Lake will be based on 10nm but its architectural hierarchy would be similar to Skylake so don't expect massive gains until Ice Lake.

In the GPU department, we see little gains and those are also due to clock speed improvements. The bench was conducted with an engineering sample but to be very honest, we have seen ES benchies from months before launch turning out true and that might be the case this generation too.

On the power consumption side, Kaby Lake has the same power package as Core i5-6600K which is a good thing since it has increased clock speeds. However, the voltage readings are a bit high. This leads to 3-5W higher power consumption in full load. Temperatures are stable around 46C at full load.

Intel's Kaby Lake processor might not offer too much for Skylake users to upgrade but the 200-series platform itself packs around a few goodies. Those looking forward to Intel Optane SSDs and memory technologies will definitely find it interesting. Users will be able to use their Skylake chips on 200-series boards and Kaby Lake chips on 100-series boards with a simple BIOS update (Available on board vendor's site). Kaby Lake will be officially hitting the markets on CES 2017.

This just in, XFastest has posted their own performance preview of the Core i5-7600K processor. The only difference is that they posted an overclocked result. The chip was tested by them at both overclocked and stock speeds. At stock speeds, the chip score 700 points in Cinebench R15 benchmark. When overclocked, Kaby Lake based Core i5-7600K 844 points.

The overclock was achieved with 1.328V which means this is a more stable version than the sample we saw earlier. The chip was also running alongside DDR4 memory clocked at 3777 MHz. Expect more results in the upcoming weeks.