Out of the Ivy Bridge-Y series lineup, only the Pentium based 2129Y CPU comes with a rated TDP of 10W. Specifications include a dual core design, 2 MB Cache and a frequency of 1.10 GHz.

The faster Core series versions come with 13W TDPs but can be configured by OEMs to run at 10-7W specs though reducing the performance capabilities. Following are the specification of addition Ivy Bridge-Y series processors: 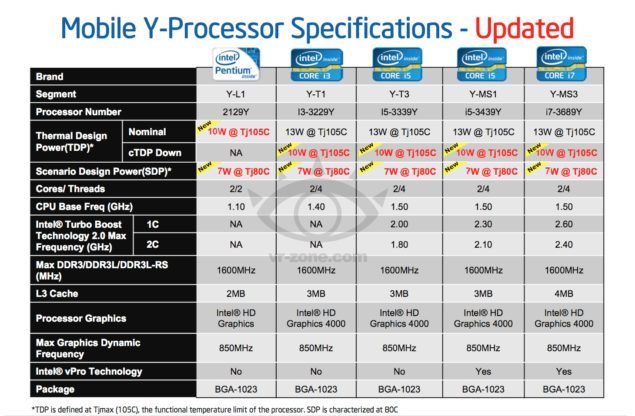 In addition to these, All Ivy Bridge-Y models would support DDR3L-RS/DDR3L/DDR3 memory rated at 1600 MHz and Intel HD 4000 series graphics with clock speed set at 850 MHz. All CPUs would be shipped with the BGA package for low power Ultrabooks/Tablets.