Intel is preparing to launch its 3rd Generation Ivy bridge processors in Q2 2012 and details are already starting to pop up. Recently, We detailed an Quad Core ES Sample Ivy Bridge chip which was acquired and benchmarked by the guys over at Asian forum Coolaler. The Quad Core Sample has been tested yet once again and this time pitted against its Sandy Bridge (LGA-1155) competitor Core i5 2500K.

The Quad Core ES Ivy Bridge is stock clocked at 2.0Ghz, Turbo Boost frequency is 2.4Ghz (All Cores Enabled) and 2.6Ghz with single Core however the Turbo Boost is pretty bug since the Z68 only have an early BIOS support for Ivy Bridge. Being based on a 22nm design, The Ivy Bridge processor features 3D Transistor, Better Power Consumption along with a better performing IGP chip.

The processor was pitted against the Sandy Bridge based Core i5 2500K which was also clocked at 2.0Ghz for a fair comparison. The results are pretty good: 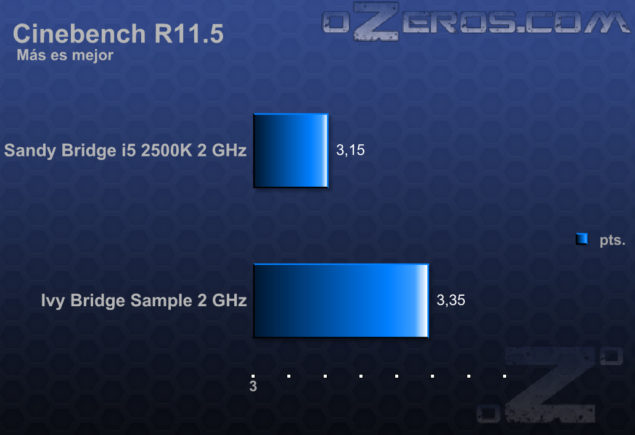 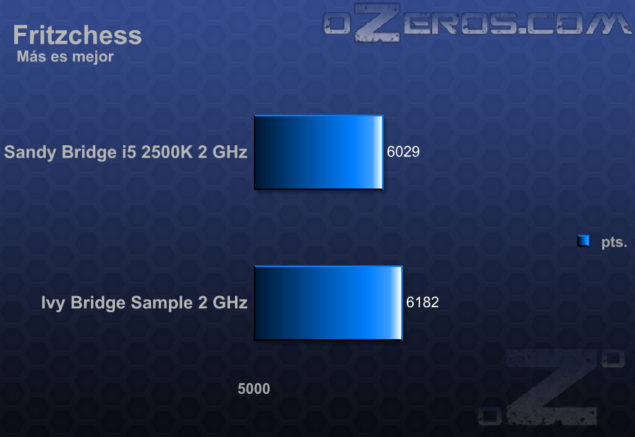 As we can see, The ES sample clearly holds a slight punch against the i5 2500K at same frequencies. Although the difference may not be that great to amuse some, we should know that Ivy Bridge has been specifically built to improve Power Consumption and efficiency of Intel Processors. One may also note that the current boards don't fully support Ivy Bridge and we can see improvements in latter Z77/Z68 chipset boards with updated BIOS. Given the 5 Months time in Ivy Bridge launch, We might also see some huge improvements in the final retail chips.

More on Ivy Bridge below: