A few benchmarks have been posted over at Coolaler forums in which a Nvidia GTX580 and HD6990 Graphics have been demonstrated on the recently leaked Ivy Bridge Dual Core Sample.

The Ivy bridge chip is the same which we reported earlier here, It runs at a stock clock of 1.8Ghz, Comes with 2C/4T and a 4Mb L3 Cache. The Ivy Bridge platform along with the graphic cards were benchmarked using Futuremark's 3D Mark Vantage. Following are the results:

As you may have noticed, Both cards are being Bottle-necked by the tiny Dual Core chip. It would've been better if the OP overclocked the CPU instead of overclocking the GPU's. The CPU score with PhysX enabled is higher because the operations are handled by the GPU's PPU which is the reason why the GTX580 resulted in a higher score than the Radeon HD6990 which is twice as fast as the card. You can check out the pics below, Detailed overview at source. 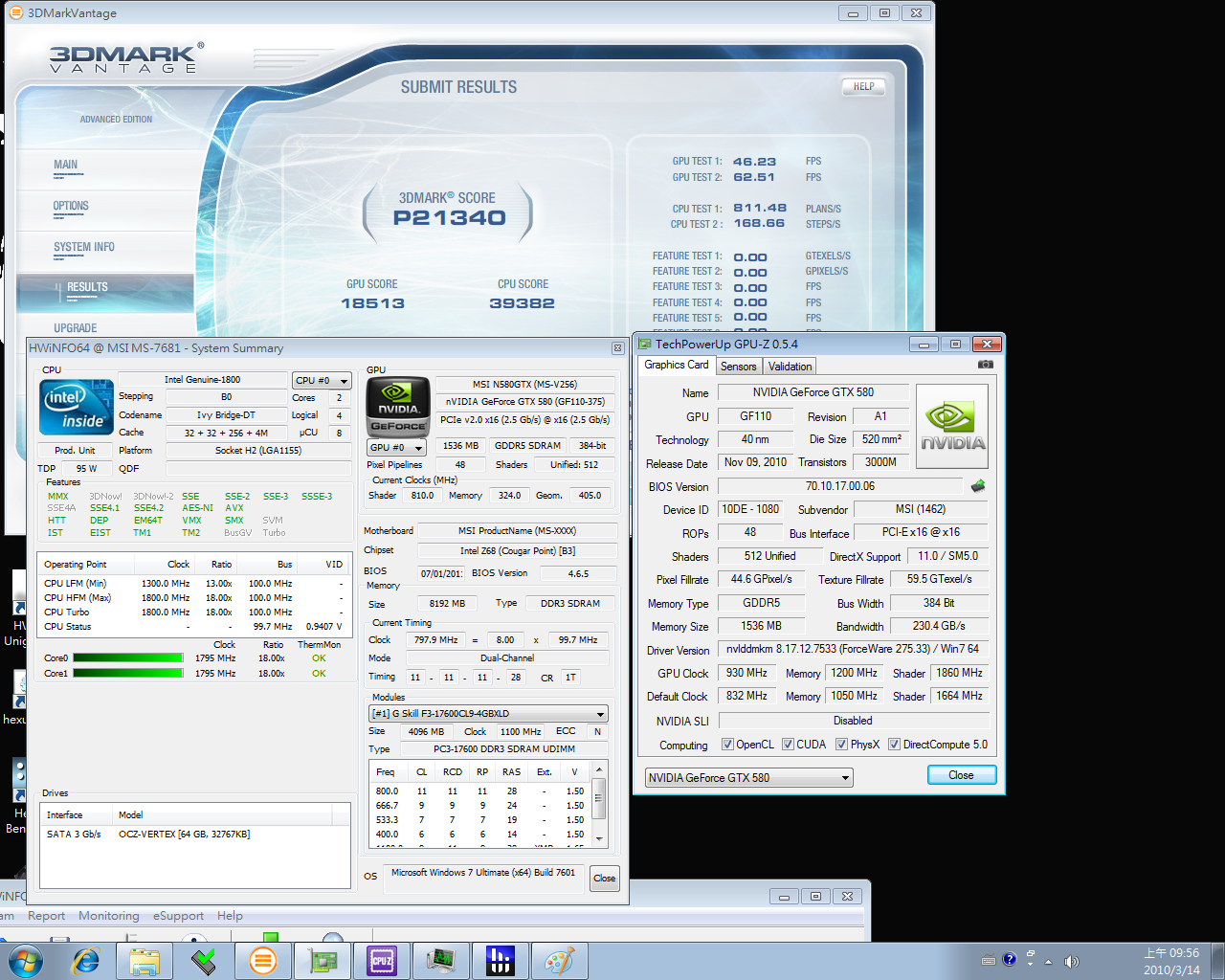 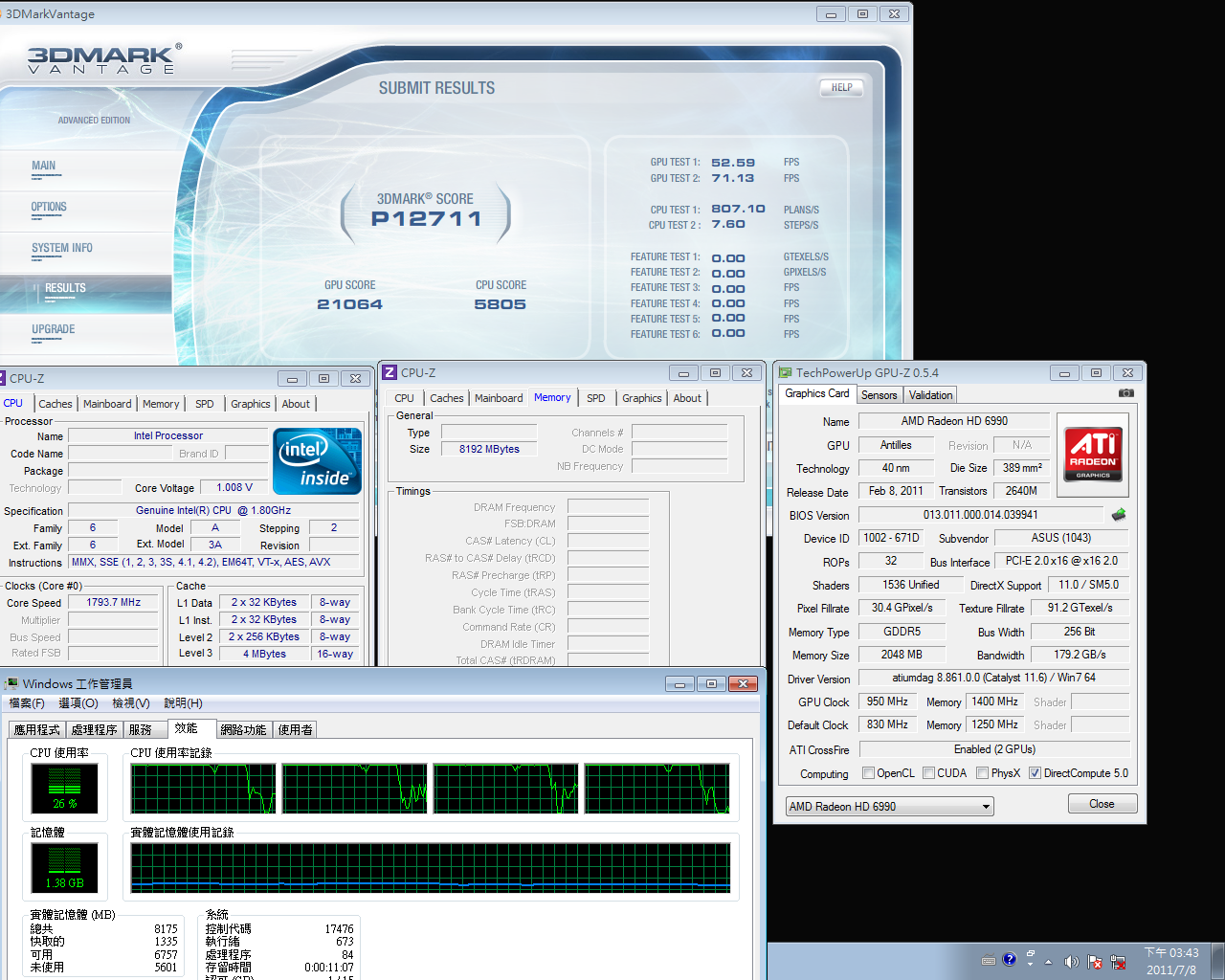