Intel Ivy Bridge platform's launch is just around the corner and tons of previews and benchmarks of the processors have already started to pop up. According to most of the results, Intel's Ivy Bridge cannot be overclocked near the Sandy Bridge levels on Air Cooling and recent retail box pictures from Chinese market show that the first stepping would of Ivy Bridge processors would feature 95W TDP designs.

We already reported that Ivy Bridge could be worse overclockers on air that Sandy Bridge due to a fault in their 22nm Tri-Gate fabrication process where the transistors are being supplied high amounts of voltages so when users try to overclock these new processors at higher voltages, Due to excess current the temperatures sky-rocket. 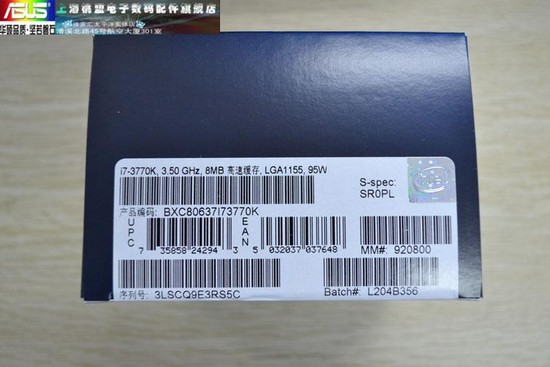 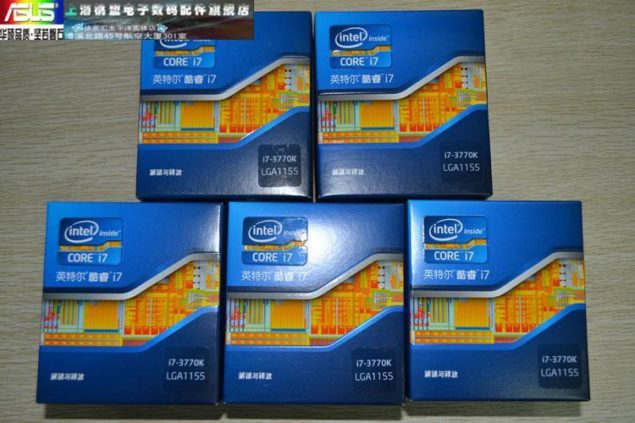 The Voltage issue on one side, Now pictures of the retail boxes from China have emerged which show that the flagship model "Core i7 3770K" which was meant to feature 77W TDP would now get a 95W TDP design same as the past Sandy Bridge models. The only difference left in Ivy Bridge/Sandy Bridge would be better performance per clock while the power consumption would be same or worse with overclockers only going past 4.7GHz + at most under suitable thermal conditions.

NordicHardware's sources are also confirming that the European Retail Boxes of the Ivy Bridge processors are also getting the 95W TDP design. Its uncertain though if Intel would address the issue through a new stepping or not. For now, you're better off with your Sandy Bridge processors which could be used on Z77 boards.