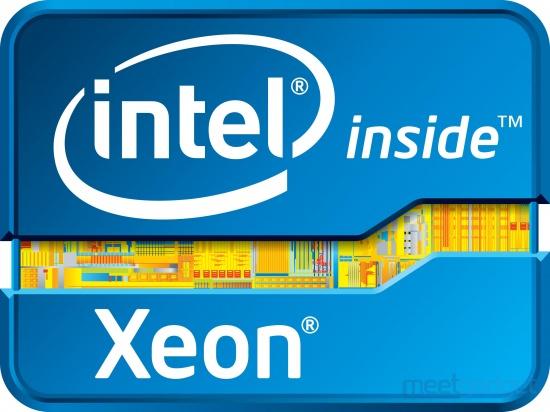 This month, Intel would be launching its new Ivy Bridge based 3rd Generation Core processors for the desktop consumer market. Ivy Bridge is essentially a Die Shrink of Sandy Bridge with minor tweaks and improvements in power efficiency.

After the launch of Ivy Bridge, Intel would aim for the High-End Desktop market also including the Dual/Quad Socket Workstation platforms. For this market, Intel would launch the new Ivy Bridge EP and EX Series Xeon-E5 and Xeon-E7 Processors and also update the Single Socket 2011 systems based on the X79 chipset.

The Ivy Bridge-EP lineup is expected to include 10 Core Xeon-E5 CPU's with L3 Cache ranging from 25 - 30MB. Being based on the 22nm Tri-Gate architecture would allow for improvements in the overall TDP of the processors which was a slight bit of an issue with the Sandy Bridge-EP/E Processors. Specifications of the models would be 2.4 GHz 10-core at 95W TDP, 3 GHz 10-core at the 130W TDP and 3.3 GHz 10-core at the 150W TDP, The specs aren't official and could be changed with the retail models.

There would also be an addition of Ivy Bridge-E processors for the Socket 2011 Desktop users with models ranging from 8-core and 10-core chips variants. The new processors would be compatible with the current X79 chipset allowing users for a smooth transition from 8-core Sandy Bridge EP to 10-core Ivy Bridge EP. An Patsburg C600 chipset stepping update would be available at launch to address minor issues such as  6 Gbps SAS.

Finally, The Xeon E7 Processors based on Ivy Bridge-EX would also show around Q4 2012, The 22nm Process is ideal for the huge multi core die and is the reason why Sandy Bridge-EX was skipped. The new 22nm process would allow for optimal TDP and performance. The Xeon E7 processors would hold upto 15 Cores (Could be round up to 16) with same level of L3 cache per core as Ivy Bridge-EP but lower clock frequency, The fastest model would feature a 2.4Ghz Base Clock. There's also support for eight DDR3-1600 memory channels and 1.5 TB memory per socket and 32 PCIe 3.0 lanes on each CPU.

Hopefully more information on the server side of Intel's platform are expected to pop up soon as launch nears.