Intel Expands Desktop and Mobile Lineup with new Core i5, Core i3 and Pentium Processors

Intel has released several Core i5, Core i3 and Pentium series processors thus further expanding its desktop and mobile CPU lineup. The new parts are based on both 22nm (Ivy Bridge) and 32nm (Sandy Bridge) architecture with prices ranging from $177 and $37 on the desktop front. 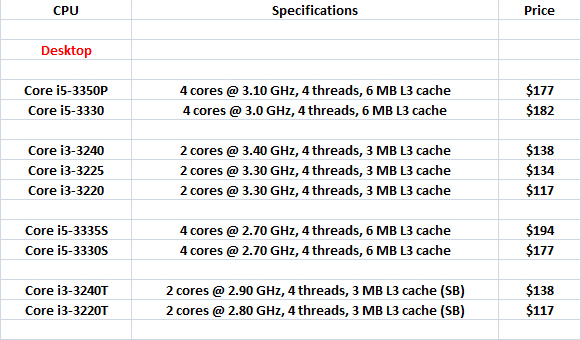 These models are now available and can be acquired from retail outlets.