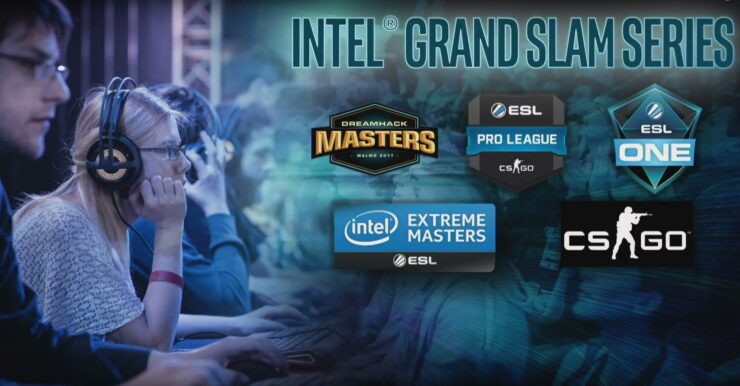 A new partnership between Intel and ESL will certainly increase the level of exposure for esports and with the latest move, the world’s leading manufacturer of desktop processors will become the Global Technical Partner of ESL. The company states that this step will help grow and develop esports to a whole new echelon. The first order of business is going to be a top-tier cash prize, but for the time being, it will be given to CS:GO players. Hopefully, this partnership will see more companies enter the fold, which in turn will allow more games to get additional exposure.

First Team to Win Four Qualifying CS:GO Tournaments in a 12-Month Period Will Be Eligible to Win the Grand Slam Prize Courtesy of Intel and ESL

Intel’s CMO, Steven Fund states that the company is gravely committed to continuing esports as he states the following:

“We have been one of the very first companies to believe in esports and have supported it for over 15 years. This year, we have decided to take our commitment to the next level. We are excited to level-up our partnership with ESL, invest into the development of future esports stars, and create premier events like the Intel® Grand Slam.”

The first step is to provide high-end gaming PCs for all participating teams and players. This would include the latest and greatest Intel processors that have been optimized for both gaming and streaming. In addition to the $1,000,000 prize awarded to the first team that can win four out of the last ten $200,000 events held between DreamHack and ESL, there is something to sweeten the pot for other teams.

Intel and ESL did not provide details on other potential gaming titles that will be given exposure, but it looks like we will be finding this out later in the coming months.