Yesterday, Intel held a teleconference in which the company detailed their upcoming 4th generation Haswell "Low Power" architecture which brings improved efficiency and performance over its Ivy Bridge predecessors. Intel's Haswell platform is expected to launch during the first week of June.

We have already seen a glimpse of Intel's 4th generation low power core architecture which would power the upcoming tablets, notebooks, All-In-one PCs and NUCs. Haswell as a processor architecture would be unified enabling it to scale all the way from servers to desktops and tablets. It would be available in different tiers at launch day which would include the powerful desktop K-series, all the way down to R-Series for NUCs and Y/U low-power series for Ultrabooks, tablets and notebooks. Haswell would bring an enhanced version of the 22nm architecture we saw on Ivy Bridge with 3D Transistors technology that would be optimized for low power with hindering core performance.

Features wise, Haswell delivers upto 50% battery life compared to Ivy Bridge in workload conditions and around 2 -3 times battery life in idle states. Battery life on one side, Haswell also improves overall computing performance and pushes the graphical boundaries on Intel's core processors. The Haswell low power processors would be the worlds first to feature an onboard EDRAM module which was seen a while ago with BGA packaged R-Series chips. The onboard EDRAM package would only be delivered with the HD 5200 "Iris Pro chips" which offer upto 2-3 times visual power compared to previous generation HD 4000 series cores.

New idle states would be introduced in Haswell processors which would push the clock rate down till 700-800 MHz range in idle mode to conserve battery life for notebooks and ultrabooks. For tablets, Haswell would prove to be a major boost over the traditional ARM and Qualcomm supplied processors. It would also bring key changes to the power delivery on processors by integrating upto 320 voltage regulators on the CPU die itself. This design would be really useful for Haswell since it paves the way into making much efficient system on chip solutions. With the new core, Intel could prove a key role into the low power products market which include notebooks, ultrabooks, tablets and many more form factors such as NUCs and more to come. 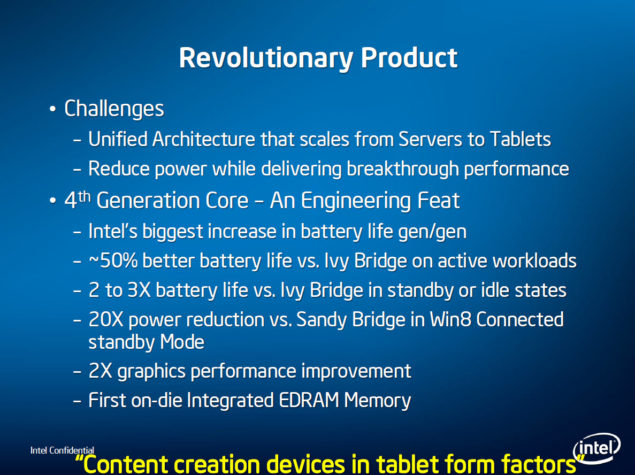 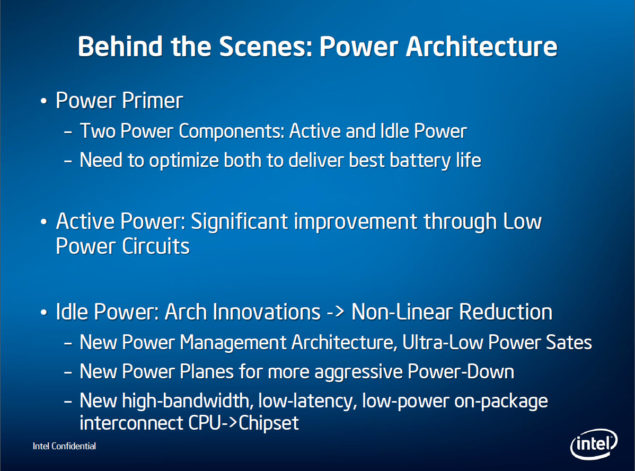 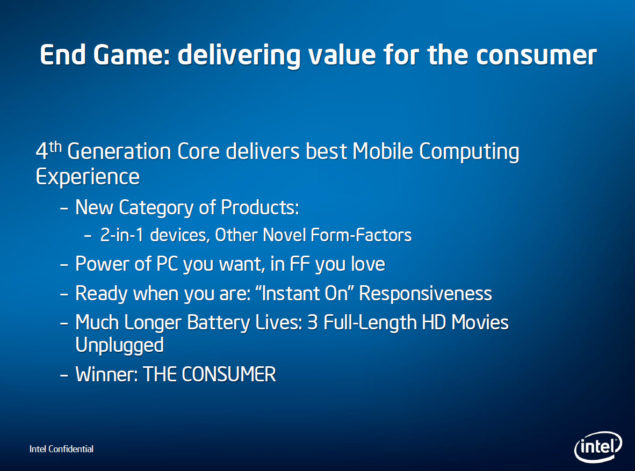