Intel has officially shown off their first Broadwell-K socketed chips at their GDC 2015 booth confirming that the chips will be available to consumers in mid-2015. It was widely speculated that Broadwell-K would not come to the mainstream platform and rather remain a mobility chip while desktop series will be updated with Skylake in Q3 2015 however that is about to change with the launch of the new 65W socketed Broadwell-K parts. 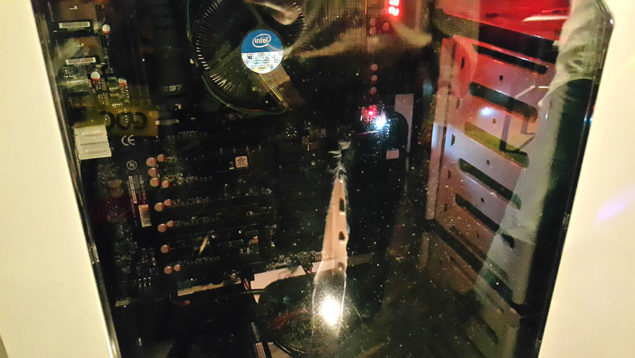 Intel has already launched their Broadwell-Y and Broadwell-U series chips which are available to OEMs. The Broadwell-K series will stick with the same architectural enhancements, featuring a 5% IPC improvement, a 14nm process node and the latest HD 6200 Iris Pro graphics chip which will leverage the performance of the integrated graphics processing capabilities of the power efficient chip. Intel had the following to state during their GDC 2015 reveal:

The surprising thing is that Intel will be bringing only quad core chips to the socketed platform which will adopt the Broadwell core architecture that is based on a 14nm process technology. The Quad Core parts which have a unlocked design, feature compatibility with Z97/H97 chipset based motherboards with the LGA1150 socket and will have a TDP of just 65W. The new Broadwell-K series are supposed to feature four Broadwell x86 cores and faster Iris Pro graphics chips with eDRAM cache on board (128MB L4 Crystalwell), that is Intel’s flagship graphics processing unit designed to date integrating 48 execution units. The specific models are not known but Intel will be using the Core-5000 series branding for the new chips when they are available in the market.

The statement from Intel might hint to why they are pushing for the 65W TDP on Broadwell-K since they are trying to aim them towards Mini PCs, NUCs and desktop All-in-ones. PCPerspective managed to grab some shots off a demo rig running an Broadwell-K CPU on EVGA's Z97 Classified motherboard using the standard Intel heatsink. Now technical bits were revealed but Intel did demo the new chip with Futuremark's latest DirectX 12 benchmark. Since Broadwell-K will exist alongside Skylake processors which launch in August-October 2015, it is expected that Broadwell-K will stick to small form factor devices that require low temps and have smaller power requirements while Skylake-K 95W parts will be shipping towards the more performance demanding PCs. Broadwell generation of processors can still be used as normal socketed parts for overclocking and personal uses on the LGA 1150 motherboards that launched in early 2014. 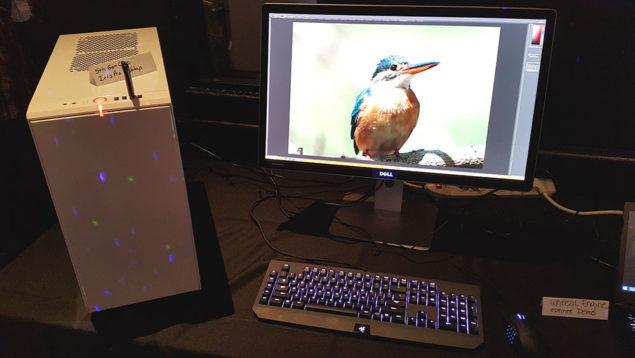