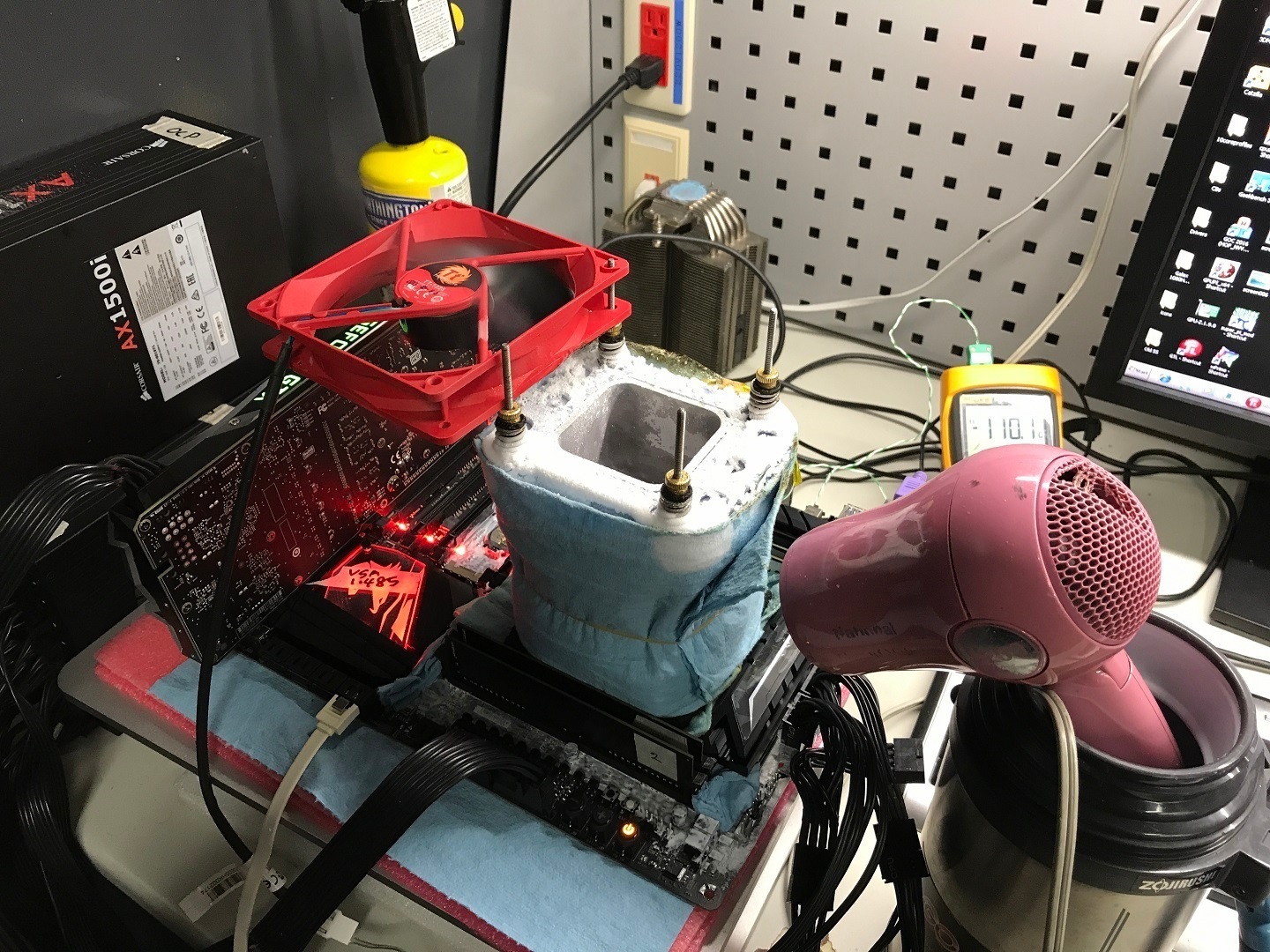 The user SOFOS1990 has broken multiple HWBOT records using a Skylake-X based Intel Core i9-7900X and some liquid nitrogen. With a clock speed of 6.01 GHz, the user scored 12189.52 points which is the highest ever 10 core score and the highest ever single processor world record. There are entries above his attempt but all of them are multi-processor entries, essentially making this attempt the world's fastest single CPU attempt.

The configuration of his benchmarking rig was as follows:

With what is arguably one of the best PSUs out there, and tons of power headroom, the user was able to increase the clock frequency of this 10 core chip to 6016 MHz with a vCore of 1.6V. This is a ridiculously high voltage for the chip, but under the effects of liquid nitrogen, it was enough to get the benchmark running long enough for it to count as a legitimate attempt. The temperature  of the chip was a chilly -110c (that's -116 Fahrenheit for our American readers) as you can see from the laser sensor.

A GIGABYTE Aorus X299 SOC Champion was used for the attempt and can also be seen in the pictures above. To put this into perspective, the last record attempt was at 5.8 GHz using LN2 as well. Although all of the attempts were conducted under LN2 cooling, it helps in showing the overclocking potential of the architecture. That said, it is important for potential buyers to keep in mind that the thermal performance under normal conditions might actually be worse than the last generation due to the use of a TIM instead of a soldered IHS.

The brand new Core-X series includes both the Skylake-X architecture as well as the Kaby Lake-X architecture. All CPUs that have a core count of 6-18 cores are from the SKL-X family while as the quad cores are from the KBL-X family. Since AMD has already realeased its 8-core Ryzen processors and is planning on following up with Threadripper which will increase that number to 16, not only has Intel replied tit for tat, but also managed to one-up them with their Core i9-7980XE flagship which features 18 cores. This is not going to be a cheap platform of course, but those that can afford it will be pleased to find an almost limitless scaling factor to their CPU of choice under the X299 platform.