Intel's Core i9-11900K Rocket Lake processor has made its first appearance within the Passmark CPU benchmark database and scored the highest single-threaded performance of all desktop processors. The chip features a brand new core architecture and comes with clock frequencies over the 5 GHz barrier that allows it to post some huge gains over its predecessor.

The Intel Core i9-11900K with its multiple Cypress Cove core will bring the biggest CPU architectural upgrade in over 5 years. This is because ever since the 6th Generation Skylake CPUs, all Intel CPUs up till the 10th Generation Comet Lake CPUs have used the same identical chip architecture based on the 14nm process node. There have been small refinements to the process node over the years but nothing as significant as what Intel is going to offer with Rocket Lake CPUs. The Rocket Lake line is still going to rely on a 14nm process node but the architecture marks a brand new beginning for Intel to try to catch up with AMD's rapid progress achieved with their Zen core architecture. 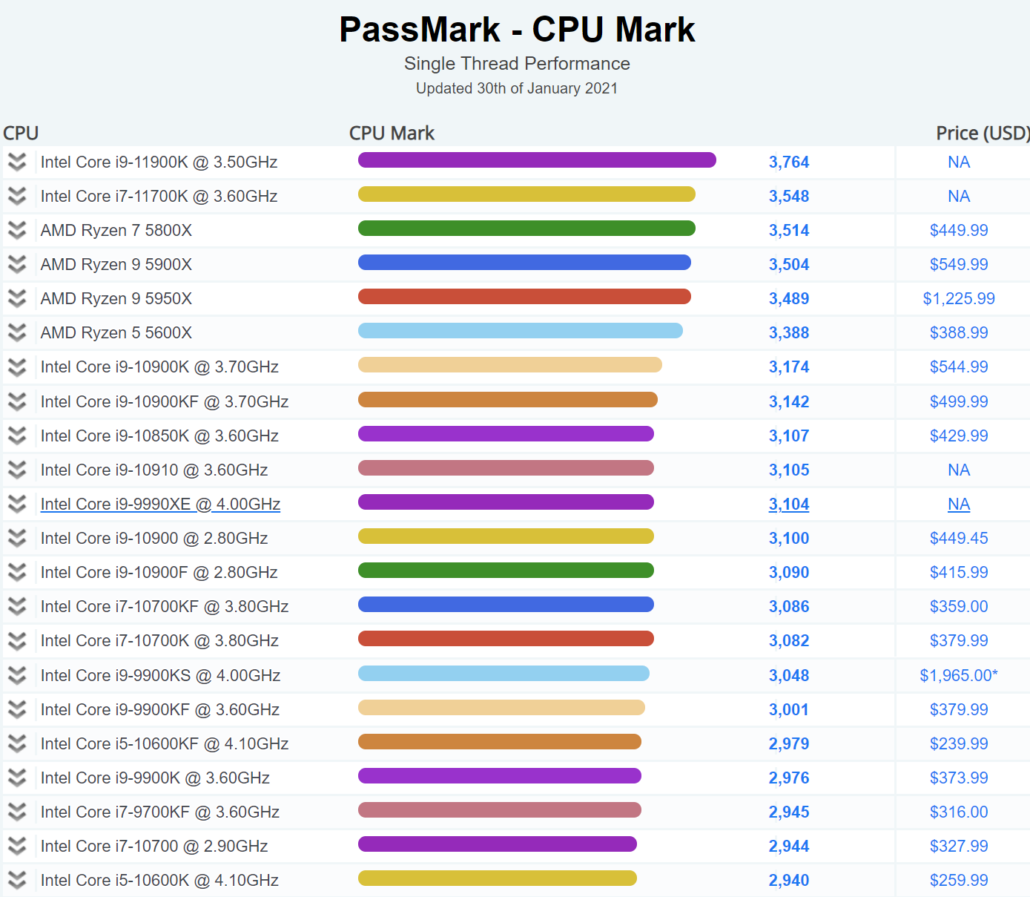 While this is a nice showcase for Intel, do note that the Rocket Lake CPUs won't be hitting retail till late March 2021. This puts them close to AMD's next answer which should be either in the form of an enhanced Zen 3+ 'Warhol' or a Zen 4 based next-generation Ryzen lineup. Intel also plans to get its 12th Gen 'Alder Lake' Desktop CPU lineup out by 2H 2021 or Q3 2021 which means that Rocket Lake CPUs will be replaced within 1 or 2 quarters, giving them an even shorter lifespan than Kaby Lake which was also replaced by Coffee Lake CPUs a few quarters later.