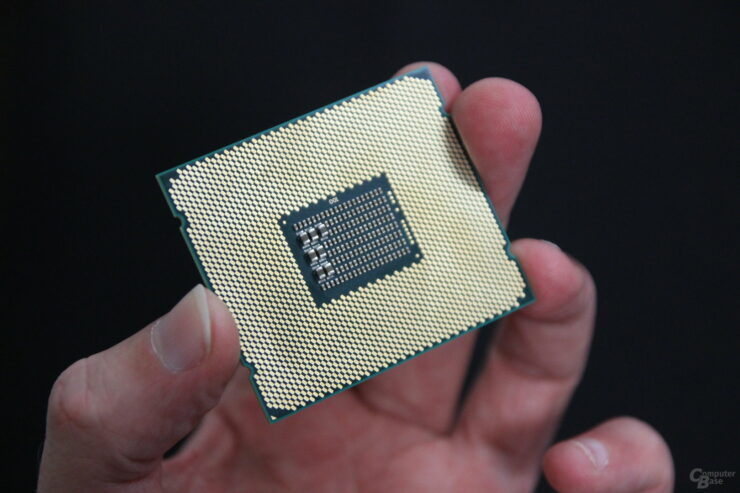 The first benchmarks results of Intel's flagship Core i7-6950X Broadwell-E processor have been unveiled. The performance results of Intel's top, high-end desktop chip provide us a detailed look at how the chip performs with stock and overclocked configurations. These performance results aren't the first to leak ahead of launch since we got to see the benchmarks of the Core i7-6850K and Core i7-6900K a few days ago too.

Intel's Core i7-6950X is the top dog of the Broadwell-E HEDT family!

The Intel Core i7-6950X is the top gun of the Broadwell-E family which is launching at Computex 2016. Intel is going one step ahead with this SKU, offering consumers 10 cores and 20 threads. The chip was tested against the last flagship offering from Intel, the Core i7-5960X (Haswell-E) which is a 8 core, 16 thread chip. The CPUs based on Broadwell utilize the modern 14nm process node while the Haswell CPUs utilize the 22nm process node.

The testing was performed by Silicon Lottery at overclock.net forums. Their site has already listed the Core i7-6950X sample on their main page with a price tag of $2099 US. The chip is a engineering sample but does run and can be used on any X99 motherboard.

"This is an pre-release engineering sample (ES) processor. Because Broadwell-E has not yet launched, you may come across various issues if your motherboard bios is not yet compatible.

Returns are NOT ACCEPTED for this processor, all sales are final." via Silicon Lottery

While the Core i7-6850K and Core i7-5820K comparison was technically justified, the Core i7-6950X to Core i7-5960X comparison is kind of not the same as both processors feature different specs and different price range. The Core i7-6950X is Intel's latest processor with 10 cores and 20 threads. The processor will run at a base clock of 3.00 GHz and a 3.50 GHz boost clock. The processor will come in an unlocked package to allow overclocking support to enthusiasts. The processor rocks 25 MB of L3 cache (2.5 MB per core) and will be compatible with current generation X99 motherboards that feature the LGA 2011-v3 socket.

The Intel Core i7-5960X is based on the older Haswell architecture and features 8 cores with 16 threads. The chip is clocked at 3.00 GHz base and 3.50 GHz boost clocks which are identical to the Core i7-6950X but the difference is within the core count with Broadwell-E featuring an extra two cores. The Core i7-5960X also has total of 20 MB L3 cache but does feature the same 140W package as the Core i7-5960X. Since there isn't any deca core processor available on the market, Intel is rumored to bump the price of their Broadwell chip up to 1500 USD which is 500 bucks more compared to the Haswell-E chip.

We are aware that our readers love performance numbers and so we will be providing you with those. The chip tested against the Core i7-6950X is technically not the 5960X but its the Xeon equivalent which provides almost the same performance with a difference under 1% at most. Both processors were tested on a ASUS Rampage V Extreme motherboard which features an X99 socket. As indicated previously, Broadwell-E lineup is compatible with the existing and upcoming X99 motherboards. Cooler used was a Corsair H105 which tired its best to keep the chip cool during the tests and under overclocks. 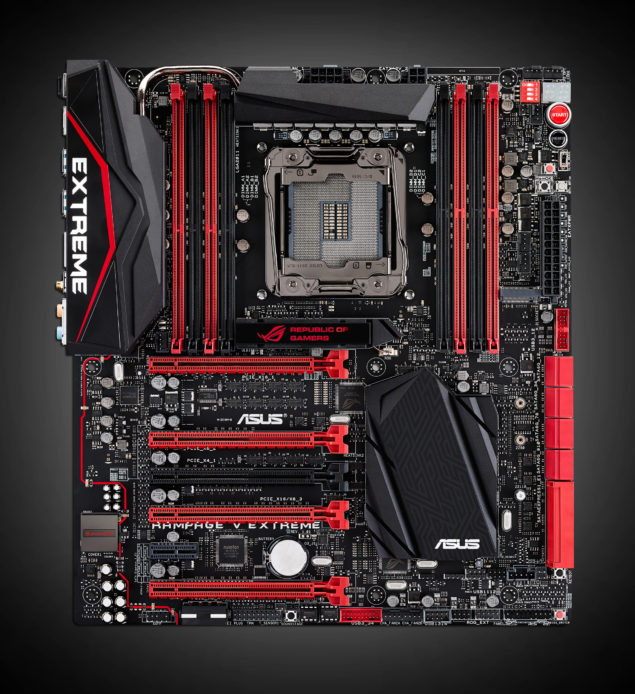 We also have overclocked numbers for the chip where the 6950X score 2299 points in Cinebench R15 multi-threading test at 4.37 GHz and 2327 points at 4.5 GHz. The tester reports that he managed to get a stable OC around 4.3-4.4 GHz which is pretty impressive given that this is still an engineering sample. You can read the benchmark results in detail below:

We also would like you to know that motherboard makers are already prepping up new X99 products for the Broadwell-E launch. We have seen three brand new motherboards from Gigabyte, EVGA has also teased their X99 FTW K motherboard but now we know that ASUS and MSI are also in the bandwagon. MSI is ready with a all new X99 Gaming Pro motherboard that comes with a revised design while ASUS will be deploying the latest X99 A II, X99 Deluxe II and X99 STRIX Gaming series.

Following is the full list of Broadwell-E processors that will be launching at Computex in a matter of weeks: