The first benchmarks of Intel's next generation Core i7-5960X "Haswell-E" processor have been unveiled by Coolaler forums. While several tech sites including us have the X99 and Haswell-E review planned for 29th August, Coolaler went ahead to showcase a performance preview of the upcoming Core i7-5960X processor which is the flagship SKU of the Haswell-E lineup. 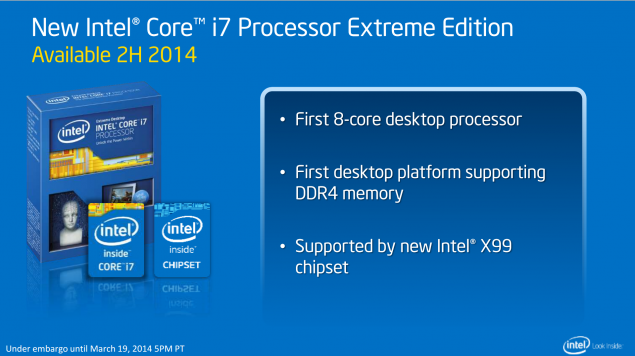 We have most of the details regarding the Haswell-E processors thanks to the leak from Videocardz earlier this week. The Intel Haswell-E processor lineup would include three SKUs, the Core i7-5960X, Core i7-5930K and Core i7-5820K. All processors are built on the 22nm Haswell architecture which means that they will improve the IPC performance while keeping the same power limits as previous generation processors due to enhanced power efficiency of the Haswell microarchitecture. Before moving into the feature set of the platform itself, we will detail the SKUs that will be launching in 29th August 2014:

The Intel Core i7-5960X Extreme Edition would be the flagship processor of the lineup boasting 8 Cores and 16 threads. The Haswell-E Core i7-5960X will house 2.6 Billion transistors inside its 22nm die and measures at 335.2 mm which is considered a huge die. The die block diagram also shows that the Core i7-5960X is not a 12 core die as previously expected which turns out to be a Xeon core. We can see 8 Cores with a large amount of shared L3 cache in the middle with a DDR4 memory controller at the bottom and Queue, Uncore and I/O at the top side. This would be Intel’s first 8 Core consumer processor and would be clocked at 3.0 GHz base and 3.5 GHz boost frequency. The processor would feature 20 MB of L3 cache, 140W TDP and support for DDR4-2133 MHz memory. Being the flagship processor of the Haswell-E lineup, the Core i7-5960X would end up with a price of $999 US.

In terms of raw performance, the Core i7-5960X is around 20% faster in terms of 4K Video Editing, 32% faster in 3D rendering and 14% faster in games and AI processing compared to the last generation Core i7-4960X CPU that is the flagship Ivy Bridge-E offering. The models will be available with Intel’s TS13X liquid cooler which has been in the market since the first generation of Sandy Bridge-E processors and is priced in between $85-$100 and compatible with LGA 2011-3, LGA 2011, LGA 1366 and LGA 115* platforms.

The used also overclocked the chip to 4.0 GHz at just 1.200V (fixed voltage) which resulted in a Cinebench score increase to 1508 from 1270 and in HyperPI, the chip was able to finish 1M calculations in just 14.555 seconds. Surprisingly, the temperatures during both stock and overclocked runs was pretty decent for the chip, running at a maximum temperature of 55C at 4.0 GHz and 45C at the stock clock speeds. Following is a run down of the scores:

We also have a surprise for you, a few days ago, we found a validation of the Core i7-5960X which was running at 6.2 GHz on LN2 overclock with the X99S SLI Plus motherboard. Russian overclocker TaPaKaH achieved this world record before anyone else using Liquid nitrogen and a high voltage of 1.753V. You can find it below: 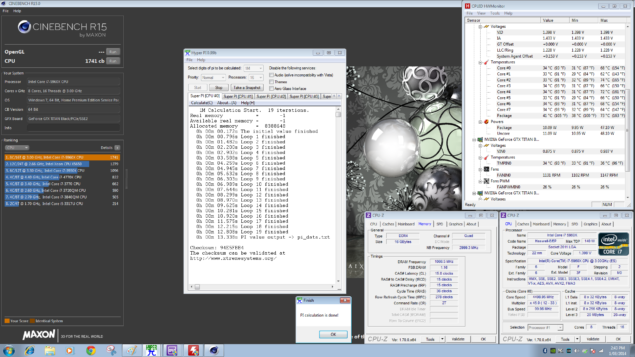 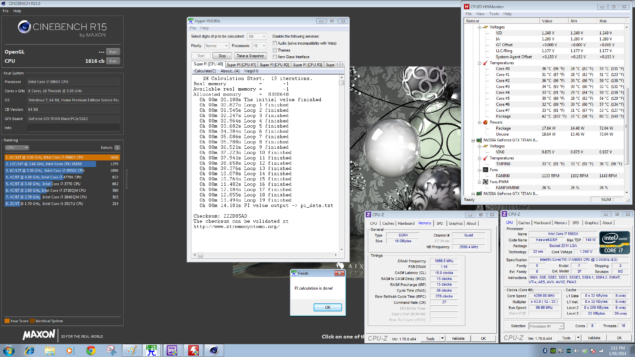 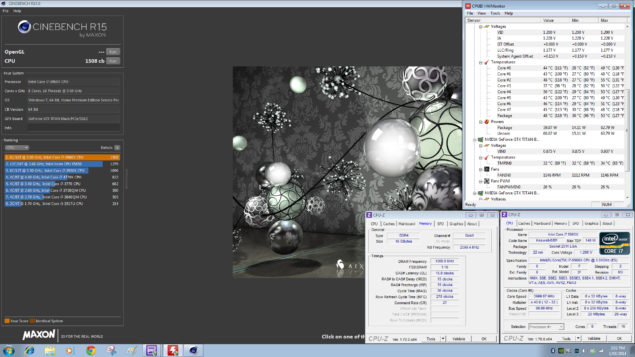 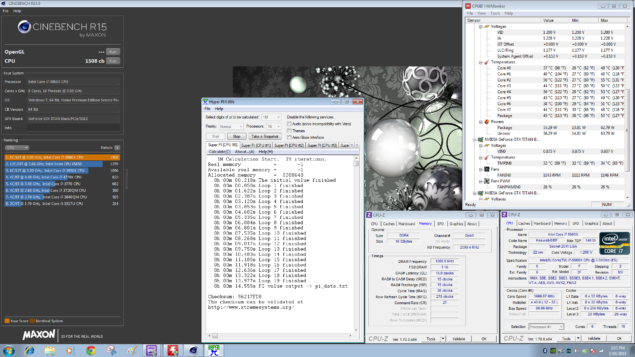 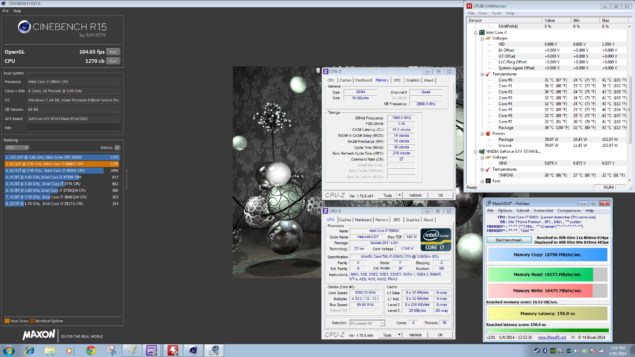