A full performance preview of the Intel Core i7-11700K 8 Core Rocket Lake Desktop CPU has been posted by Lab501. The preview is based on an engineering sample that is close to the retail unit & was compared against several existing Intel Core and AMD Ryzen CPUs.

The Intel Core i7-11700K is going to feature the exact same CPU configuration as the flagship chip except that it will offer slightly lower clock speeds and a lower price point. The CPU will be using a 14nm process node and feature the brand new Cypress Cove cores which deliver double-digit IPC gains. 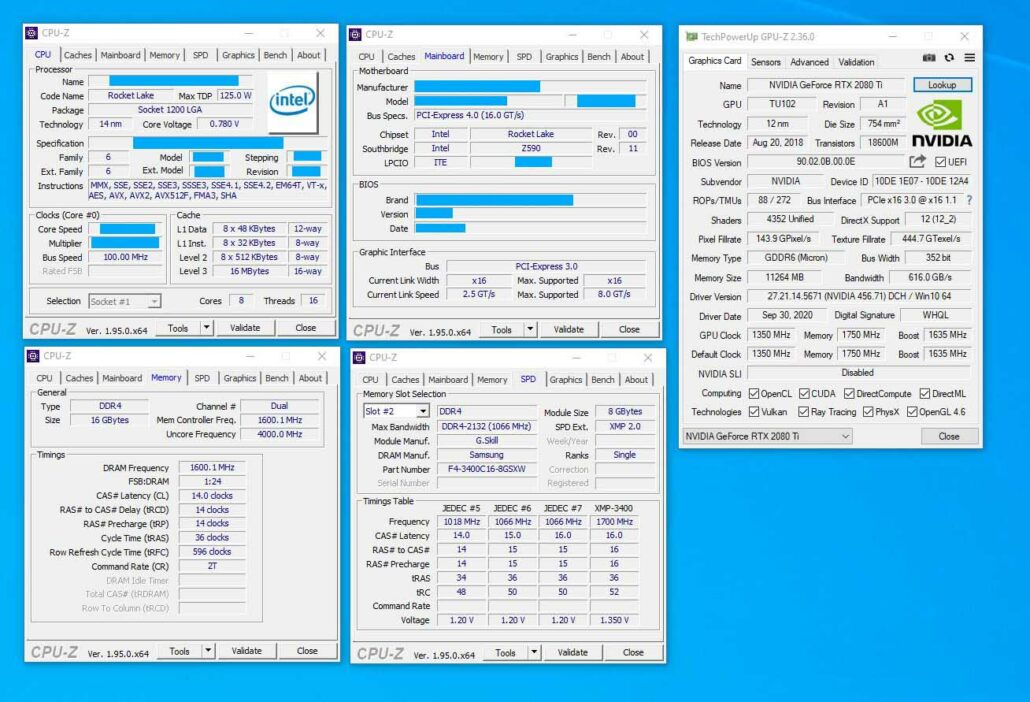 The test platform for the Intel Rocket Lake Core i7-11700K consisted of a Z590 motherboard with 16 GB of DDR4-3200 MHz memory (CL14) and an RTX 2080 Ti graphics card. In literally every test, the CPU was outperformed by its main competitor, the AMD Ryzen 7 5800X. You can even see the benchmarks below for yourself to confirm this.

The gaming performance is no different with the Intel Core i7-11700K barely beating the AMD Ryzen 7 5800X in a few titles while getting beaten by the AMD Ryzen 5 5600X in other titles. The source reports that the average performance gain for Intel's Rocket Lake CPUs over AMD's Zen 3 based Vermeer CPUs should be around 1-2%.

Talking about power consumption, the Intel Core i7-11700K system consumed 286W which is 64W higher than the AMD Ryzen 7 5800X configured setup and 76W higher than the Core i7-10700K. It looks like power consumption is still an issue that is mostly related to the 14nm process node as AMD has shifted to an enhanced 7nm process which Intel is unable to match in efficiency. At the same time, the CPU does run cooler at around 71C whereas the Ryzen 7 5800X operates at around 89C.

Now it is stated that this particular Intel Core i7-11700K is still an early engineering sample and the main issue with it is that the motherboards currently do not apply power limits correctly & cannot maintain the all-core boost frequency for prolonged durations. This could explain some of the CPU performance numbers we are looking at here but even with the final variants, we will only get to see a 5% gain in performance over these numbers and that would be the best-case scenario for the Rocket Lake CPUs. Aside from that, AMD is going to remain in a perfect position to tackle Intel with a price cut on its existing lineup.