Intel recently announced that it will be delaying opening its Fab 42 fabrication plant (the same plant which was supposed to be the flagship for 14nm production). The reason Intel gives is simple, they say their current fab utilization is at 80% so it would make no sense to dish out capital for a new plant. 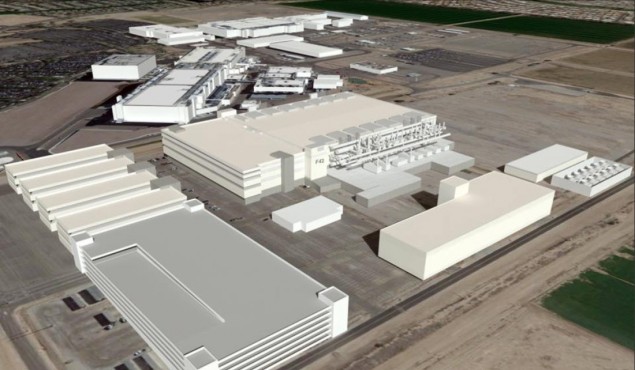 Intel Delays Fab 42 - Heating and Air Conditioning installed but None of the actual Fabrication Equipment.

Before you start ranting along the lines of "what? no 14nm?!?" and "Intel is doomed", please let me clarify. There will still be a 14nm, just not from Fab 42 and no this cannot be taken in any economically sane universe as a sign that Intel is dying. However the one thing that cannot be denied is that Intel is taking pressure from the entire ARM industry. Building fabrication foundries is very capital intensive and since any given company exists to sell itself, it is understandable that Intel would delay Fab 42, which is located in Arizona.

Intel also hinted that Intel will instead utilize the brand new Fab 42 directly for 10nm production. And unlike AMD, Intel has multiple fabrication plants, where it will ramp up production to 14nm while its flagship Fab 42 will remain dormant till 10nm( or so we are told). It was more or less implied that the reason for this decision is two fold, one is of course the logical economic argument and the second is that Intel is taking heat from ARM competition and it needs to focus on the current market without taking any risks.