Intel Leaks its Own Broadwell Based NUC 2.0 Platform Online

In what appears to be an amusingly transparent attempt, Intel has 'leaked' its own NUC 2.0 on-line. Of course, unless some technician somewhere screwed up pretty bad, this isn't really a leak. More like a preview before the actual launch. I am still going to run with the leak headline because 1) Intel has yet to officially announce the same and 2) lets admit it, it sounds pretty cool. 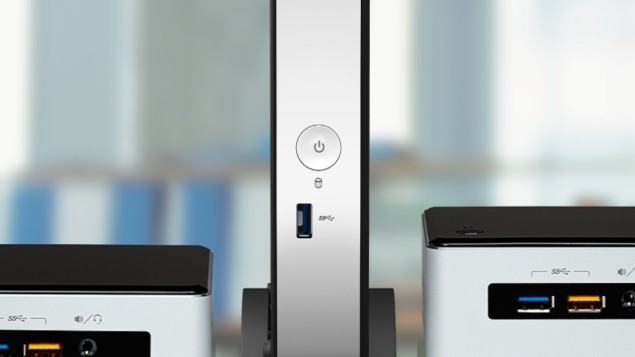 Intel lists quite a lot of details on their page and also shows of the three major form factors of the NUCs. As you may know, these will be coming in everything from light Braswell SoC powered pocketables to just as small Core i5 powered gaming machines (steam machine anyone?). Stuff that is mentioned on the NUC page includes the  "sleep-and-charge" USB port and M.2 SSD slot on the motherboard. Intel has also revealed some of the upcoming boards by listing them in a broken fashion with a 'pre-production' tag:

The first NUCs showed up approximately three months after the architecture arrived so these appear to be right on track. However it is interesting that Intel is still keeping so hush about it when its own front page is practically screaming details. Do keep in mind that Intel still doesn't mention anywhere on the page that these NUCs are the new and improved variants. These devices are a very necessary and commendable branch of the Industry and represent a decent portion of Intel's revenues. A rather unexpected niche that they have found is deployment in relief efforts in the sub sahara coupled with airFibre 5 microwave transmitters.