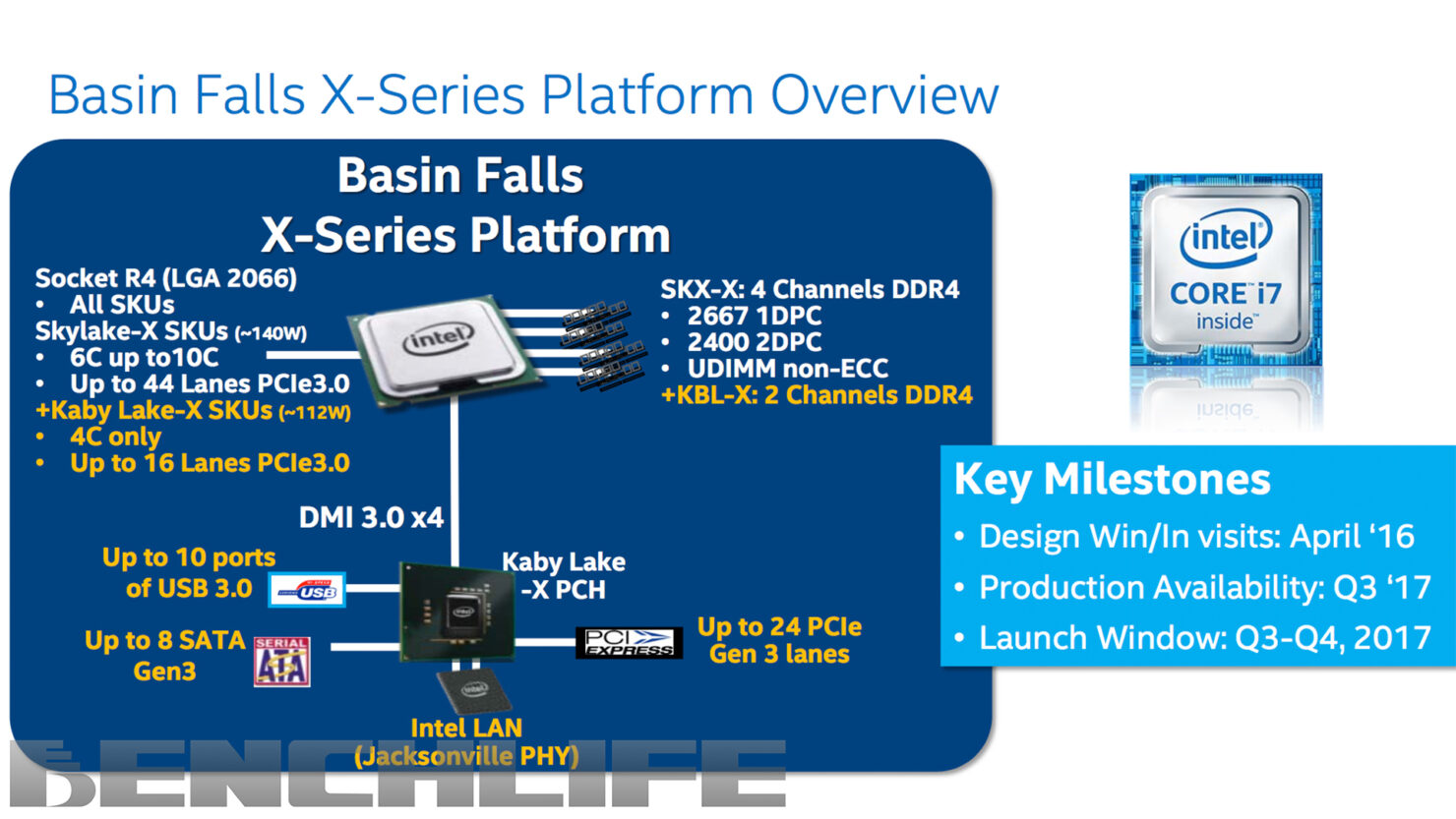 It looks like Intel’s upcoming X299 platform will be codenamed Basin Falls and will be launching sometime in June. The leak stems from Benchlife.info, a very reliable source we have been using for almost a decade. Not only has the code-name been leaked, but in typical benchlife style, they have also given a lot of details regarding the platform as well.

The previous date for the release of HEDT X299 platform was rumored to be around Gamescom sometimes in August, but Benchlife claims this is going to happen by Computex this year - and they have a very good reason for doing so as we will soon see. The event is going to be held from May 31 to June 3, and it looks like Intel is planning on launching the brand new Basin Falls X299 platform at that time.

Skylake-X processor production is slated for the 25th week of the year, or late June (19th – 25th). Kabylake-X processor production is slated for the same time span as Skylake-X. Qualification of the samples will take place between May 29th- June 4th.  Since this is pretty much the same time frame as Computex, we can see why Benchlife is claiming an unveiling event at Computex. We should also expect to see a showcase of motherboards from various manufacturers.

The HEDT launch lineup will include at least four SKUs that will make their way to the X299 platform. All processors will utilize the 14nm process node, however, the Kaby Lake-X chips may have a slight edge due to the process optimizations. This would result in better clock speeds with reduced power consumption, adding to the efficiency.

The four SKUs will include a 10 core, 8 core, 6 core and 4 core model. The 10, 8 and 6 core models will be based on Skylake architecture. The 4 core model will be based on the Kaby Lake architecture which launched on mainstream platforms earlier this month. All Skylake-X chips will feature a rated TDP of 140W while the Kaby Lake-X chip will feature a TDP of 112W. All chips will be marketed as the Core i7-7000 series processors utilize the LGA 2066 socket.