Intel Atom SoC has been a major and rather unexpected success for Intel. So much infact that Intel finally started taking its Atom SoCs seriously with Bay Trail. Now with the upcoming successor to Bay Trail the Willow Trail and Cherry Trail, Intel is moving on to the Tick-Tock roadmap with an 8 core Avaton SoC for servers. 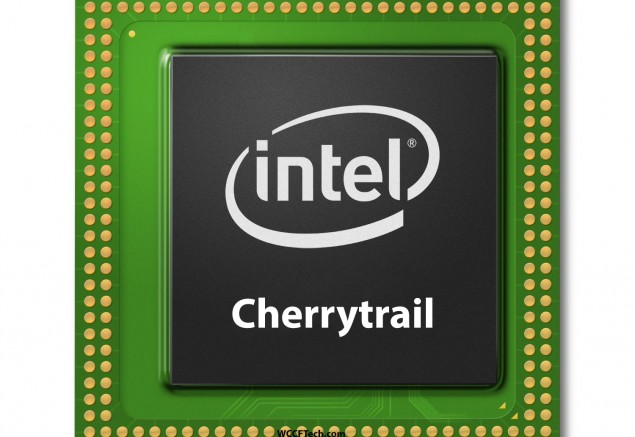 Let me put it this way. The current Bay Trail SoC is already featuring the Intel HD Integrated Graphics solution and already incredibly powerful. It is based on Ivy Brdige GPU architecture. The Cherry Trail GPU architecture will be based on Broadwell which will be 40% faster then Haswell which will be 20% faster then Ivy Bridge. So expect massive graphical improvement from Bay Trail to Cherry Trail.

SoCs are quickly becoming a powerful rival in today's market, with Avaton targeting high efficency low power server market the Atom Cherry Trail and Bay Trail are designed for mobile devices. With that in mind delivering graphical performance is a must and with Airmont and Broadwell GPU Architecture the Cherry Trail SoC will not disappoint. We expect the processing power to graphic power ratio to be near that of AMD's APUS. Cherry Trail is expected to debut in Q3 2014.
Now Read: Intel Atom Avaton Octa Core SoC Revealed. 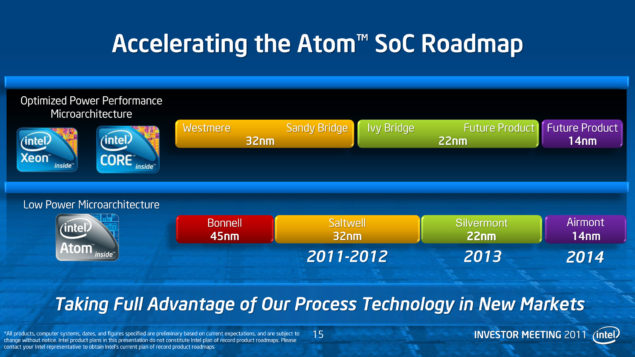