A member at Chiphell Forums has put to test a Core i7 3770K Ivy Bridge Engineering Sample on MSI's Z77A-GD65 motherboard and achieved an overclock of 4.6Ghz at only 1.1V.

The Core i7 3770K would be based on the 22nm Ivy Bridge Architecture which uses 3-D Tri-Gate transistor technology and native support for PCI-e Gen 3 along with an improved power efficiency as compared to sandy bridge processors. The Core i7 3770K would be the flagship CPU of the Ivy Bridge family featuring 4 Cores/8 Threads, 8MB L3 Cache, 77W TDP and running at 3.5Ghz Stock and 3.9Ghz Turbo Boost frequency. 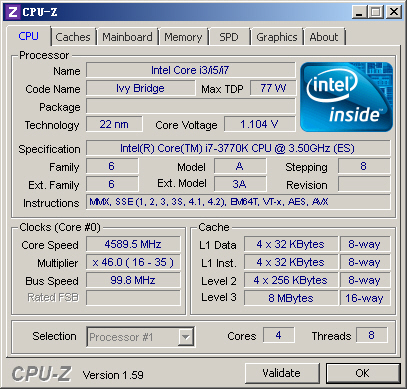 The user managed to overclock the processor upto 4.6Ghz at only 1.1V (Stable) on the MSI Z77A-GD65 motherboard, The motherboard's label was blurred out however you can clearly see the GD65 naming scheme in one of the pics. Prolimatech's Megahalems Rev C cooler was used to cool the processor.

Another set of benchmarks which show a performance comparison of Sandy Bridge and Sandy Bridge-E against Ivy Bridge can be found here.

A few benchmarks are shown below along with pics: 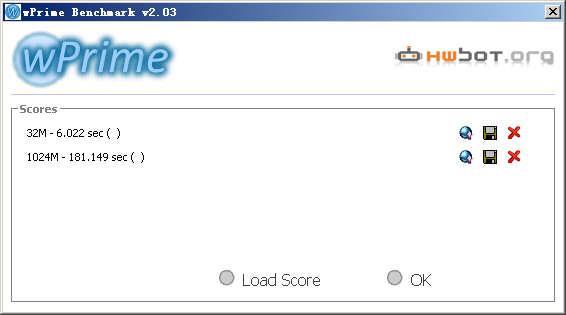 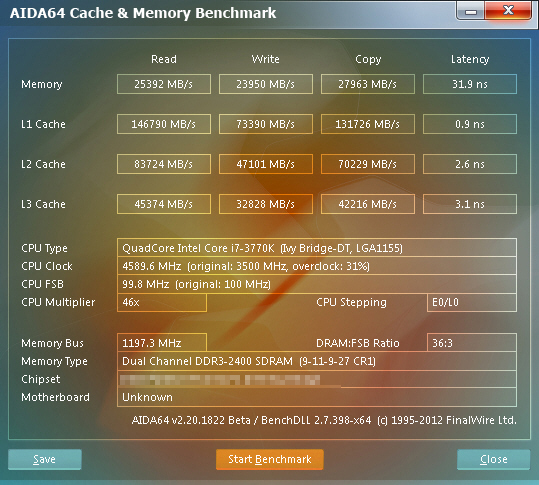