Theres been a recent update on Intel's HPC front. Intel's Xeon Phi Co-Processors are used in a decent chunk of the Supercomputers in the world and even have a significant presense in the top 500 (Supercomputers).  It has just come to light that Intel is readying a new arrival in its Knights Corner family (current generation) identified as the Intel Xeon Phi 7120A/7120P/7120D. 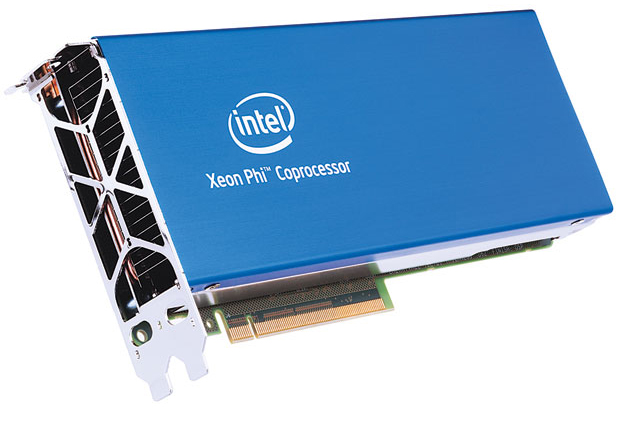 Now since there hasn't been news regarding Xeon Phi in a while, I will touch up on some basics first. The HPC sector mainly runs on the GPGPU configuration. Which essentially means that it consisits of GPUs since they are pretty darn amazing at Parallel Computations (which is the majority of HPC processing). However GPUs require to be paired with a CPU since they cannot create or modify tasks for themselves. The Intel Xeon Phi Coprocessor basically gives you the best of both worlds. The independence of the CPU and the parralel power of a GPU. Now the current generation of Intel's Xeon Phi coprocessors is Knights Corner and is based on 22nm.

The next generation will be Knights Landing and will be based on 14nm broadwell architecture. It will also come in a socket packaged form factor. Since it is slated for arrival sometime in 2015 we werent expecting another SKU from Intel but here it is.