You must have seen a lot of tech sites claiming that the entire of Broadwell 14nm has been delayed to Q4 2014. Well that is about 50 - 75% correct. I have just received word that though the main portion of Broadwell is currently on track the 'Y' 'U' and 'H' Variants have been delayed.

As you may know Broadwell will be the first 14nm Fab used by Intel. It will utilize HT and Turbo Boost 2.0. The instructions supported will be AES, AVX2 and TSX with the x86 instruction set (x86-64). The H processors will have 6mb of L3 Cache and some of the SKUs will have the GT3e graphics  with eDRAM (an extra cache memory). This will be implemented as a separate die on the chip itself.

The 'M' series will be arriving as per schedule as will the desktop variants. Basically what was only a delay in select mobile processors was inaccurately portrayed to mean the entirety of the Broadwell series. Anyway, moving on to the the actual leak. 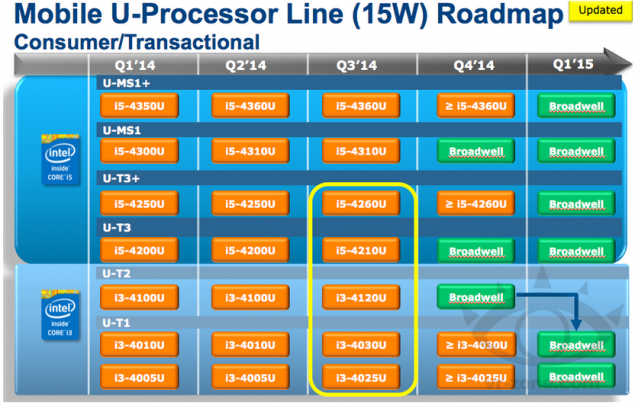