Insurgents Don’t Wait For You In Homefront: The Revolution

Homefront certainly had a troubled history. Despite the mixed reviews of the first game, Crytek acquired the rights to the franchise after THQ filed for bankruptcy and started working on Homefront: The Revolution, a direct sequel;  however, Crytek eventually had financial problems of its own and sold the rights to Koch Media, the parent company of Deep Silver which was co-publishing the game. 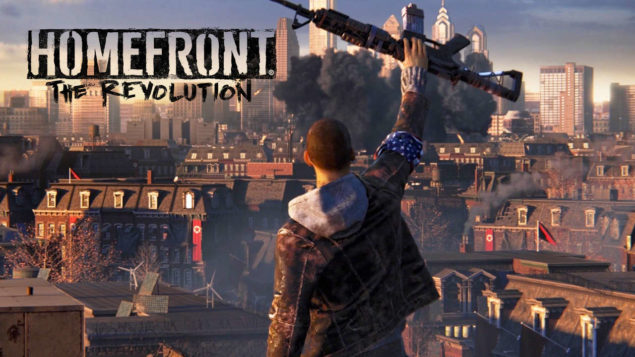 Still, this second change has been far less traumatic, especially since Homefront: The Revolution was being developed by Crytek UK which also got sold to Deep Silver and renamed as Dambuster Studios. The same studio is still making the game, then, and the vision is still intact: an open world first person shooter set in Philadelphia, with a strong emphasis on igniting the revolution spark against the North Korean occupants.

Fasahat Salim, Designer at Deep Silver Dambuster, talked in an interview with Prankster101 about the way the open world revolution system works, including the interesting fact that rebels AI goes on independently of the player.

So with us going open world with this, we didn’t want to create the linear shooter that the original Homefront game was. We wanted to create a big open world for the player to explore. We thought that that was the best call to actually provide that resistance experience where the player can exactly know what it’s like to fight for a city and try to take that city back into control from an occupying force. So for us, that was a big part of trying to give the player an authentic guerilla warfare type game.

Obviously going open world, we’ve introduced a strike point system where the player has to go around Philadelphia and these different districts, and fight back and take control of key strategic points in the world and take control of them from the KPA. What this does is create more of a resistance presence throughout the city, so when you do that, you’re not getting rid of the KPA. You’re not getting rid of the occupying force. All you’re doing is introducing more of a resistance presence. So that introduces a whole new dynamic in this open space where the player can then all of a sudden have support in certain combat situations. If they’re doing another objective in that space they might have other resistance guys who are in the area and they can get involved. Also, if you actually see other resistance guys on the ground you can follow them because they’re on their own mission, they’re out to do their own objectives to try and help the revolution forward. So the whole idea of creating this open-world was to create systems that allow us to make it a living, breathing open world where the player is just one small cog in this big revolution. So the world is happening and all the revolutionaries are trying to get the revolution going whether or not the player is there.

Homefront: The Revolution, which is still powered by Crytek's CRYENGINE, is now targeting a Spring 2016 release date for PC, PlayStation 4 and Xbox One. If you're interested in learning more, you can watch the following presentation held at last weekend's EGX 2015, with gameplay being showcased from 15:00.