Insurgency Dev: Games Are Shitty When It Comes To Story & We Want To Fix That; Story To Last 3-5 Hours 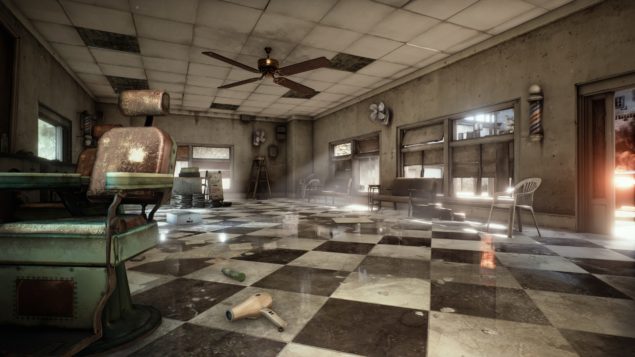 Insurgency: Sandstorm was announced last week by New World Interactive and Focus Home Interactive. This is a new installment in the Insurgency franchise built from the ground up with Unreal Engine 4 and scheduled to launch on PC, PlayStation 4 and Xbox One in 2017.

In order to deliver more news to the existing Insurgency community, the studio hosted a live stream where Creative Director Andrew Spearin answered many questions. Possibly the biggest addition in Insurgency: Sandstorm is the story mode and Spearin had some very interesting things to say about the current state of storytelling in AAA shooters.

The story is not going to be like a triple A, Michael Bay-like blockbuster. It's going to be a little more understated, kind of like an indie film or something like that. Just because games do things in a certain way it doesn't mean that's the way they need to be done.

When you see giant explosions, buildings collapsing...That's what we don't do, because that's been done and it's all about the spectacle and not about the story. Games are shitty when it comes to story and we want to fix that. It's a passion of ours and we want to dive into storytelling a lot more especially in the future, and in many ways I feel that it's been left behind by all these AAA shooters. They're more focused on multiplayer because they know that's what sells, but then we also have a gap in the market now to fill.

Additional story details revealed were the approximate length (3 to 5 hours) and the fact that the developers would like to implement split screen, though it's not certain yet.

There were more interesting tidbits, such as the fact that the current owners of Insurgency on PC may receive a discount when purchasing Insurgency: Sandstorm. Similarly, modding support on PC is planned but not set in stone yet, while the MP player counts on consoles may be limited to 24 (32 is still the developer's target for PC).