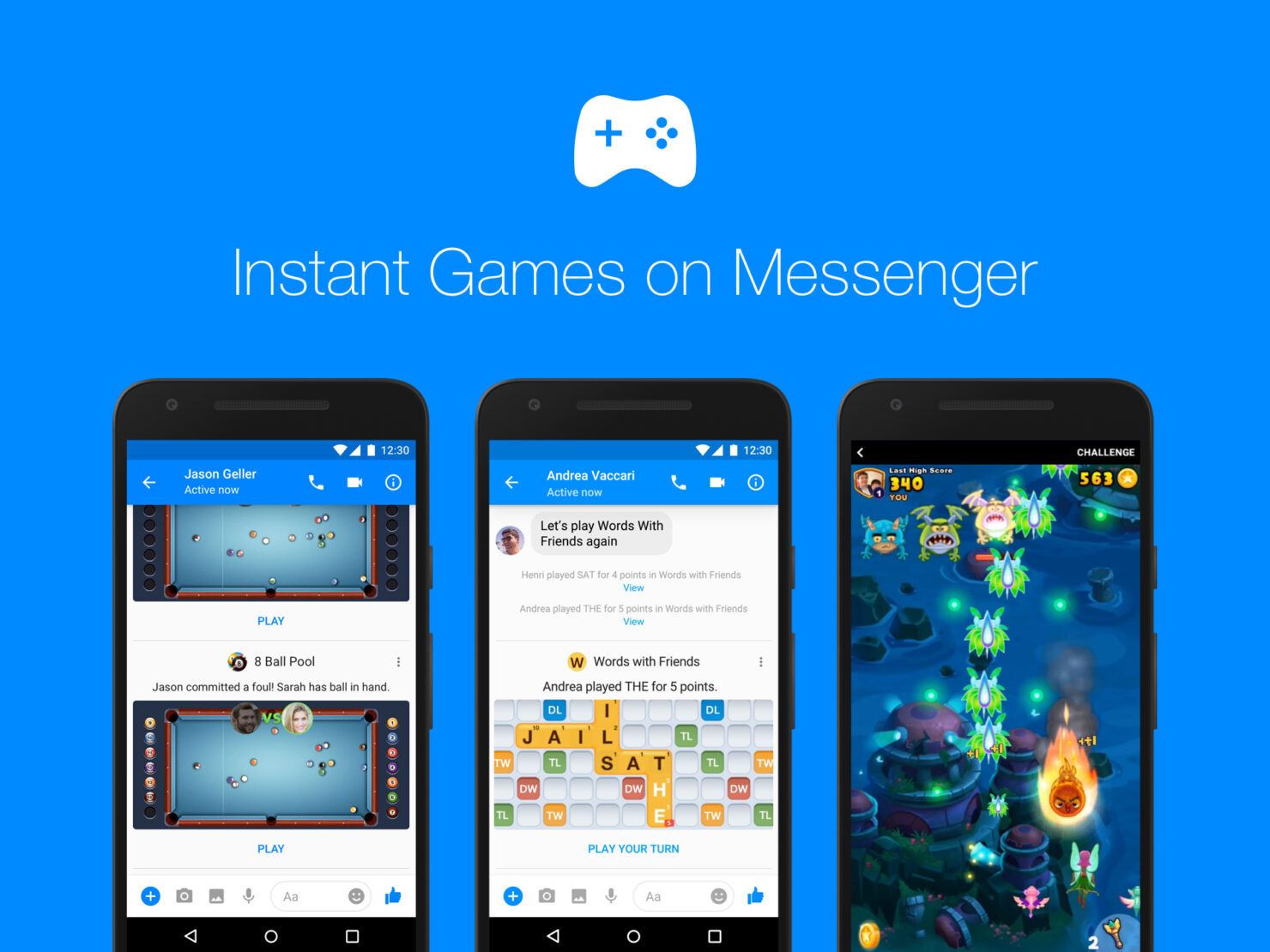 Facebook Messenger is one of the most popular internet messaging apps on the market. Previously, the company rolled out new features into its Messenger platform that includes the Snapchat-like Messenger Day functionality. Speaking of features, Facebook introduced Instant Games into Facebook Messenger back in November of last year. Now, the company is expanding it globally with more exciting features. So let's see some more details on what the company has in store for users and what new features are part of it.

Instant Games on Facebook Messenger allowed friends and family members to engage back-and-forth, playing popular games like Pac-Man or Galaga and compete against high scores. Back when it launched, Instant Games supported 30 countries across the globe with a handful of important features to go. However, some key features like turn-based gameplay features were still missing from the platform.

This is about to change today as Facebook has announced that Instant Games is now rolling out globally in its Messenger platform. It will be available to users on iOS, Android as well as on the desktop. Henceforth, it's definitely good to see the company finally expanding the reach of Instant Games on a global scale while adding a bevy of features which we will talk about later on.

There is a slate of new features to be part of Instant Games in the Messenger platform. As we have mentioned earlier, the often requested turn-based gameplay style feature is now supported. In addition to this, Instant Games will now also offer leaderboards and tournaments, something necessary for users interested in multiplayer gaming.

“People will begin to see new features as game developers start to incorporate the new capabilities with one of Instant Games on Messenger’s biggest hits, Blackstorm’s EverWing, being among the first to use Game bots. Depending on what device you use and where you are located, there are now up to 50 games titles available on Messenger, with more being introduced almost every week. We’re also excited to be bringing the world’s #1 pool game — Miniclip’s 8 Ball Pool — to Instant Games very soon.”

Apart from this, there are Game Bots part of the new features as well that the company has recently announced in its expansion for Instant Games at its F8 Conference. So what is the purpose of these chat bots, you ask? The Game Bots will simply “help re-engage players by calling out new game options and encouraging competition with updates on the leaderboards.”