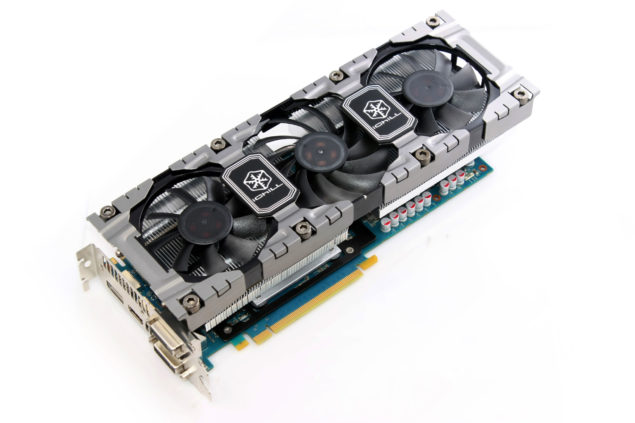 Inno3D's upcoming iChill GTX 660Ti with 3GB memory which makes use of a reference GTX 680 PCB has been pictured and listed in China for $399.

The price makes it on level with a reference GTX 670 but the extra cost adds in a higher memory buffer of 3GB GDDR5 (192-bit), Faster clock frequencies and unprecedented cooling performance from iChill's Ice Dragon edition tri fan cooler. Furthermore, the card utilizes a GTX 680 reference PCB which allows for better overclocking due to the addition of power from the extra power phases.

Specifications of the GK104 chip remains the same as a reference 660 Ti consisting of 1344 cores, 24 ROPs, 112 TMUs. From the complete list of 660Ti variants we added earlier, it has come to know that the card would be clocked at 1006/6200MHz leaving in majority of headroom for overclocking.

If you're a overclocking fanatic, then no need to worry about heat since Inno3D gave this card the iChill treatment with a tri fan dual slot cooler. Its the same cooler used on Inno3D's GTX 680/GTX 670 and would help provide sufficient cooling to the GPU even under full overclocked loads.

Chinese have listed the card at $399 or 2599 CNY. Expect retail availability in two days on GTX 660Ti's launch day of 16th August. 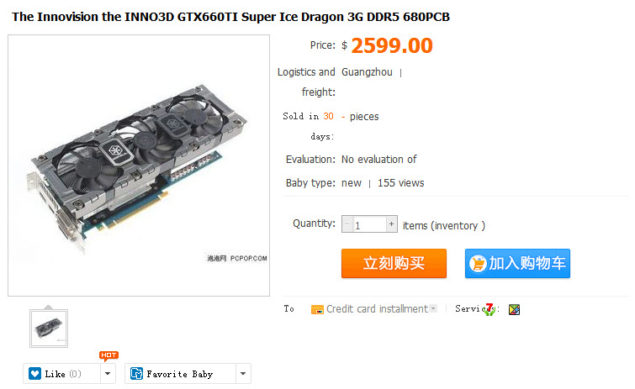