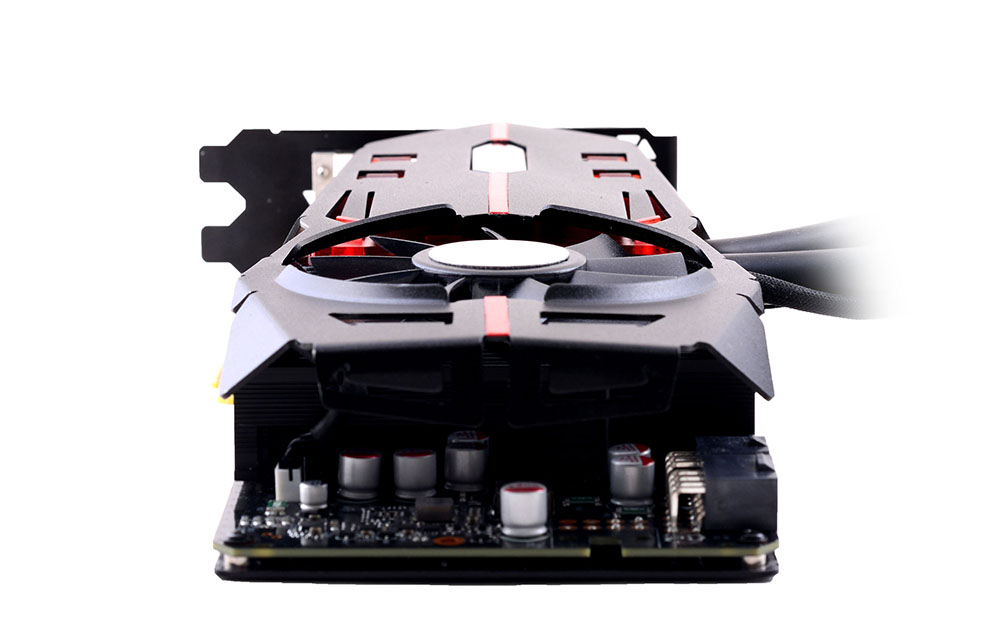 Inno3D has announced another high-end GTX 1080 variant which the manufacturer is calling it the iChiLL BLACK edition. This particular model differs a lot from the regular version, and you will see why.

Stanley Wong, Managing Director at Inno3D states the following about the company’s custom made GPU:

“We’re aiming to satisfy the enthusiast gamer who has ridiculous demands and with our iChiLL BLACK edition they get the Brute among High-End Graphics Cards. The Hybrid cooling solution makes it possible to squeeze every single drop of performance out of the highest performing components. It not only results in an awesome performing product, it also runs at extremely low noise levels.”

Strictly aimed at enthusiasts, the new flagship Inno3D GeForce GTX 1080 iChiLL BLACK sports an industry-leading Hybrid cooling solution that combines super-silent air-flow with ultimate water-cooling. The custom cooler will allow enthusiasts to further increase the clock speed of the graphics card in order to achieve much better and stable overclocks in the latest games.

As for the specifications of the newly announced GPU, Inno3D’s GeForce GTX 1080 BLACK edition comes with 8GB GDDR5X like any other standard GTX 1080, along with a memory bus width of 256-bits. The core clock speed of the graphics chip is running at a speed of 1759MHz, although surprisingly, the company did not manage to list the Boost clock speed of the graphics card. There’s also an RGB logo on the top of the shroud to help improve the aesthetic score of your gaming rig, along with the incorporation of DVI, DP and HDMI ports.

Pricing details of the GPU have currently not been provided by the company, and neither have we been informed about the availability details of the graphics chip. Hopefully, the company will announce something of value in the coming weeks.