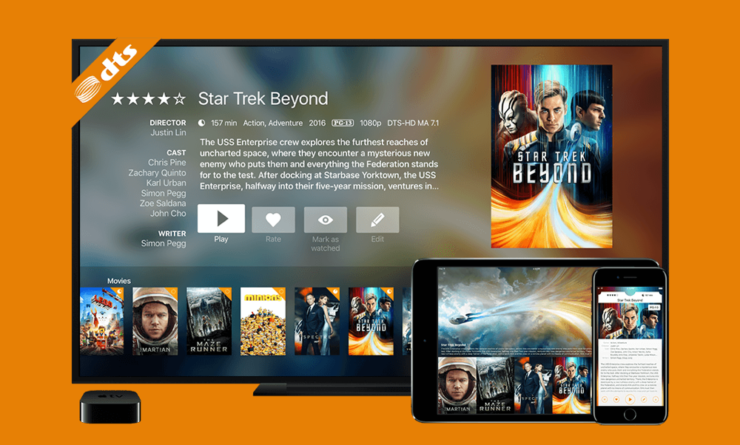 Firecore has released Infuse 5 for both iOS and Apple TV users around the globe. It's packed to the rafters with tons of powerful features.

Many of us love maintaining a movie or TV show library at home. There are a number of apps out there that allow us to do so. But Infuse is an offering that takes simplicity in doing things to a whole new level. Today, Infuse is taking its journey further by seeing itself being upgraded to version 5.0, which is powerful in a lot many ways, while also maintaining the simplicity we all have come to love.

Kicking things off is the new 'Up Next' feature for Apple TV users, giving you a glimpse of what's being watched right now, while also showing what has been recently added. It's a great way to keep track of what you've been watching and might want to watch straight from the tvOS home screen.

Next up is Split View and Picture-in-Picture support for iPad users. As the name implies, you can use Infuse 5 on half the screen while doing something else on the other half. If you fancy taking the currently playing video with you throughout the OS, then Picture-in-Picture will let you do that. So yes, you can check out Facebook while catching up on your favorite TV show at the same time. It's magic.

Cloud streaming options have been added to Infuse 5 as well. So apart from accessing videos from a NAS or FTP server, you now have the option to stream content from the likes of Dropbox, Google Drive and OneDrive as well. This is a very, very handy little addition if you're asking me.

Advanced iCloud syncing has been added in this update too. So you can pick up exactly where you left off on one device. Furthermore, there are a ton of other new features under the hood, such as automatic subtitle downloads, revamped video playback etc.

You can try Infuse 5 for free, with the option of unlocking it completely with an in-app purchase. But, a standalone paid version also exists on the App Store, which will set you back $12.99.

Rather than jumping the gun, I would highly recommend giving the free option a try first. If you have a huge movie or TV show library you want to maintain, and are looking for simplicity at the same time, there's nothing better out there than Infuse.