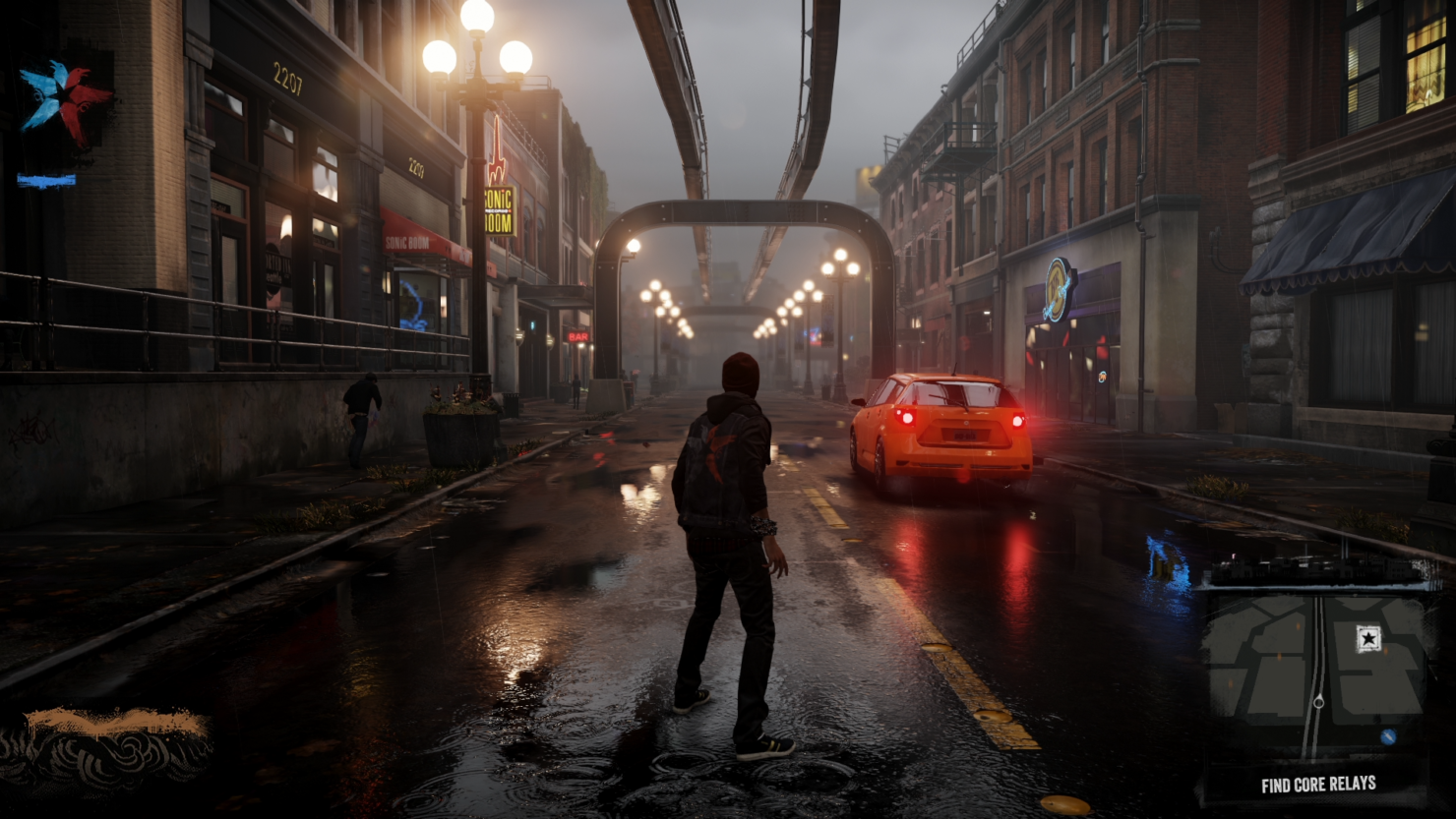 As expected, the new Infamous Second Son update introduces support for HDR, which promises to improve the game's image quality considerably. A promise that seems to have been kept, judging from two comparison screenshots that have been shared by NeoGAF user Robot Pants.

Ok now THIS looks incredible. Definite difference over the regular version. Sometimes they look like completely different times of day when you switch between HDR and non. A ton more detail.

The last of us looks like crap compared to this. I'm excited to see my tv actually can make a difference with HDR.

Infamous Second Son has been released back in 2014 in all regions. Being the third entry of the series, it introduced plenty of new features to the open world experience originally created by Sucker Punch as well as a brand new main character and more.

inFAMOUS Second Son, a PlayStation 4 exclusive , brings you an action adventure game where surrounded by a society that fears them, superhumans are ruthlessly hunted down and caged by the Department of Unified Protection. Step into a locked-down Seattle as Delsin Rowe, who has recently discovered his superhuman power and is now capable of fighting back against the oppressive DUP. Enjoy your power as you choose how you will push your awesome abilities to the limit and witness the consequences of your actions as they affect the city and people around you.