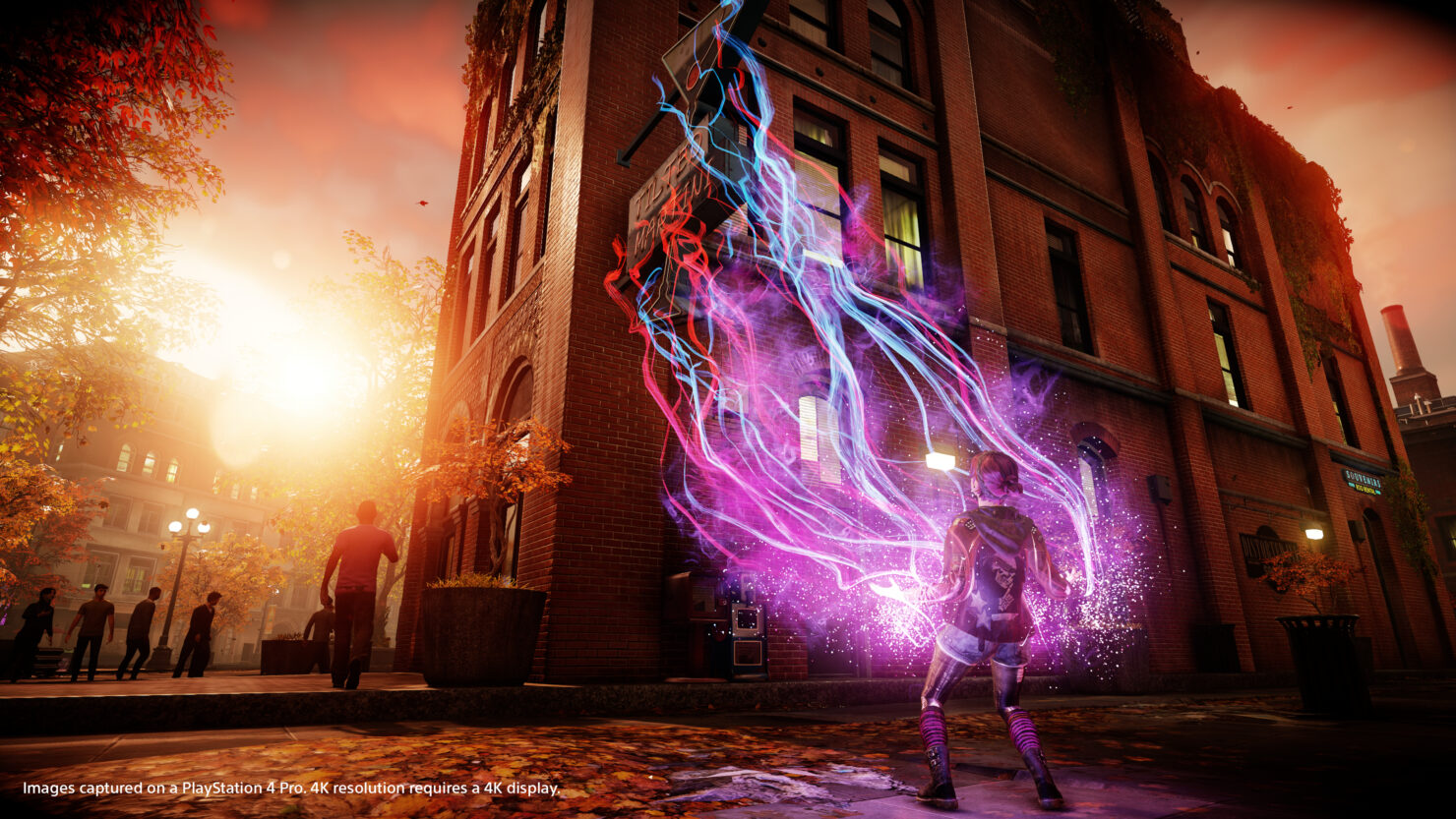 Infamous First Light is a standalone expansion DLC originally released in August 2014, a few months after the main Second Son game. The story actually takes place before the events narrated in Infamous: Second Son and players take the role of Abigail Walker, also known as Fetch, who has a whole host of Neon-based powers at her disposal.

The story component lasts about four or five hours at most, but the DLC also introduces a Battle Arena mode where players can choose Abigail Walker or Delsin Rowe, the protagonist of Infamous: Second Son. There are worldwide leaderboards connected to the Arena mode, so the most skilled gamers can show off their prowess to the whole world.

Just like Second Son, First Light is a solid open world action/adventure game that is only let down by the minimal challenge provided by the AI and by the insufficient amount of content in comparison to most open world games.

The graphics quality was always its jewel and PlayStation 4 Pro now makes it shine, even two years after the original launch. It's worth noting that developer Sucker Punch Productions (based in Bellevue, Washington) did not release any other game since, so it's fair to expect that we're overdue for a new game announcement. Perhaps it will happen during Sony's PlayStation Experience 2016, scheduled for December 3-4 in Anaheim, California; we'll keep you updated on any and all announcements coming out of PlayStation Experience 2016, so stay tuned.