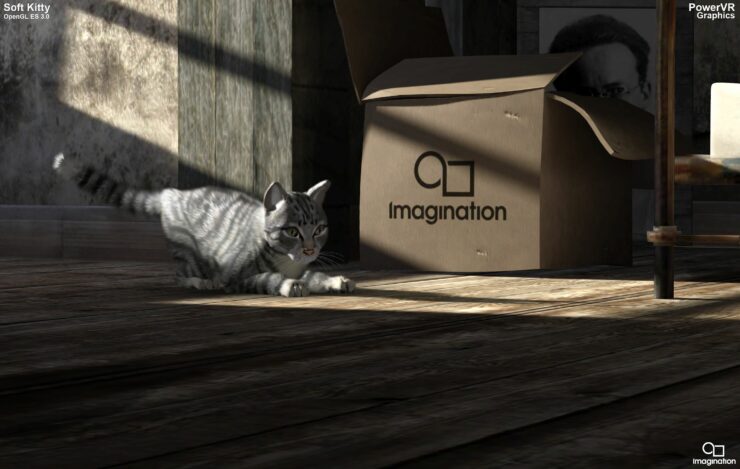 Even though your iPhone might be all fancy, Apple's a hard player in the corporate world. Cupertino's known to drive a tough bargain and not care about other companies in the process. Tim Cook's intricate supply chain in the East will bear testament to this. Apple's known to strong-arm small suppliers to provide components at a bargain and within strict schedules. These companies, who depend on Apple for survival, often find themselves in a no-win situation. Now, UK-based Imagination Technologies is one of the new additions to this list. Take a look below to find out more.

Apple and Imagination technologies have been partners since 2008. The latter's PowerVR GPU lineup has been a part of Cupertino's A series processors since the A4, which powered the iPhone 4 and the 4th gen iPod Touch. Now, in lieu of a long time company tradition, Apple will launch its own GPUs by 2019, to take more control of its products. The company already uses custom variants of Imgtec's PowerVR lineup in the iPhone and iPad.

Just as Apple announced its decision, Imagination's market capitalization fell by a massive 60%. The group will now sell off its business divisions to ensure that it can survive after its breakup with the Silicon Valley tech giant. Imgtec is already bearing the brunt of Apple's failure to keep up to market trends with the iPhone. The company cut down 350 jobs last years after its revenues, half of which are based on royalties from Apple declined in lieu with disappointing iPhone sales. And TIm Cook can blame the rumor mill all he wants for the smartphone's current, less than stellar run. It won't change the fact that the lineup isn't what it was a couple of years back.

The Hertfordshire company will dispose off of its Enigma and MIPS business units. The pair accounted for £21m or 29% of its total revenues in October last year. Both of them represent growth areas for the company, with MIPS involved in manufacturing solutions around autonomous vehicles. Enigma on the other hand deals with intellectual property licensing related to the Internet of Things. The business has doubled its revenues in the six months leading to Imgtec's latest financial statements.

Speaking of intellectual property, Apple's also headed for a good patent war if it does develop custom GPU designs. The space is already saturated with huge players which include the likes of Nvidia, AMD, ARM and Qualcomm. There's very little chance for Apple to avoid stepping on any toes on the path to a fully custom, in-house GPU. As far as Imgtec goes, dark times lie ahead for the company. Wouldn't it be better if Apple simply buys it? After all, Cupertino was in advanced rounds for a buyout last year. It's prime meat especially after a huge chuck off of its market capitalization. Thoughts? Let us know what you think in the comments section below and stay tuned. We'll keep you updated on the latest.