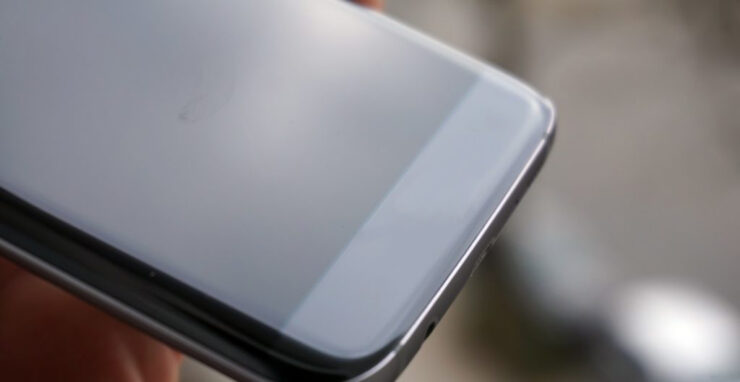 It's the final nail in the coffin folks. Samsung Galaxy S8 and S8 Plus have now surfaced in a plethora of images. These show the devices from all possible angles and leave little for the Korean tech giant to unveil next month. A lot of changes will make it on the pair this year. Wondering how these look in the flesh? Take a look below to find out.

Just a couple of hours ago, the Galaxy S8 surface in one of its most detailed leaks yet. Already, a lot of information has surfaced for the device. It'll feature 10nm processors, 6GB RAM, improved camera specifications and an all new design. The hallmark of this year's lineup will be remarkably thin front bezels. Samsung will shift the home button to the rear of the S8, making for a button free front facade.

Today's images show just these features. Iris scanner is a go for the Galaxy S8, as you can see in the second image below. Another leak from Samsung's  official clip art confirms the presence of a rear fingerprint sensor for the device. Finally, in the third image you'll see the minimum bezel front already present in a lot of earlier leaks.

We're interested to see how Samsung sells the Iris scanner for the Galaxy S8, especially as the feature met an early demise with the Galaxy Note 7. A lot of users will also object to the placement of the rear fingerprint sensor of the device, which does leave a lot of room to smudge the camera sensor instead. Overall, the device doesn't look bad at all, with the lineup's familiar fluid form factor making another appearance.

Samsung will launch the Galaxy S8 and S8 Plus in little over the month. The pair will cost you quite a fortune, with the smaller device rumored with a $850 price tag. All these premium features will come at a price, one which Samsung will happily pass along to the consumer. Thoughts? Let us know what you think in the comments section below and stay tuned for the latest.We'll keep you updated.