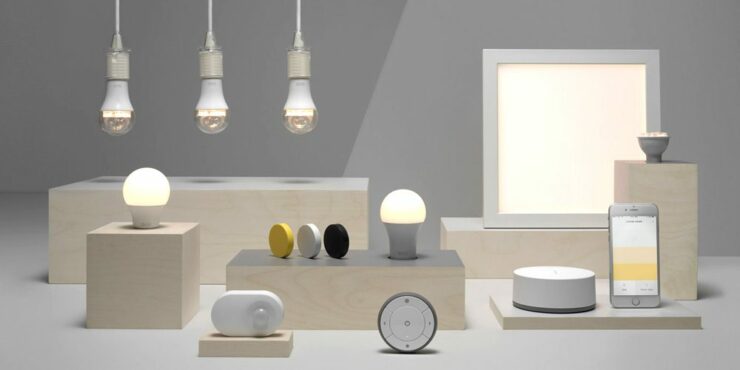 IKEA is known for cheap home solutions, but it is moving ahead with times. The company launched an affordable lineup of smart lighting, last month - dubbed as TRÅDFRI. Until now, the users have to control these bulbs via limited means such as a remote control or a dedicated app. But all that is going to change now.

Today, IKEA has announced that its Home Smart products will soon gain compatibility with voice assistants like Alexa, Siri, and Google Assistant, beginning this summer. Also, these products would also integrate with Apple's HomeKit.

With Home Smart we challenge everything that is complicated and expensive with the connected home. Making our products work with others on the market takes us one step closer to meet people's needs, making it easier to interact with your smart home products.

Smart lightbulbs have been growing in popularity with more and more users turning to them instead of traditional bulbs that can only be controlled via switchboards. These smart bulbs can be controlled through their dedicated app or a remote control. The first smart lightbulbs to have gained voice assistant ability were Philips Hue, but they are not as affordable as the ones by IKEA.

IKEA's standard smart light bulbs are the one of the most affordable smart bulbs retailing at $12 per unit. On the other hand, the standard Philips Hue bulb costs $15 per unit. The price difference does not look big enough for one unit, but if you are replacing light bulbs for the entire home, then $3 difference would account for more.

With the arrival of IKEA's smart home lighting solutions, we can expect a surge in the adoption of Smart lighting systems. Earlier, it was limited to people who have had enough moolah, but with just $12 per unit, IKEA could change the scenario. And now that it is gaining compatibility with Siri, Alexa, and Google Assistant - the future would just be even better.

What's your take on this news? Would you try IKEA's smart home lighting? Share your opinion in the comments section below.