ASRock unveiled their flagship Z87 Extreme 11 /TB20 motherboard at IDF 2013 featuring one of the most high-end motherboard design for the Haswell platform. ASRock has been teasing their flagship beast for quite some time, they showed the board at Computex 2013 too equipped with 22 SSDs. 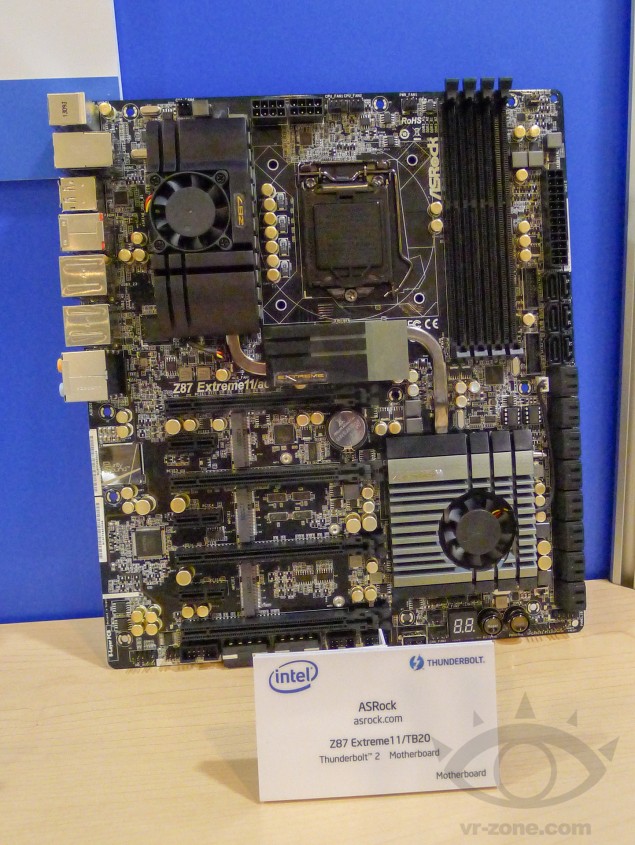 On the technical side, the ASRock Z87 Extreme 11 /TB20 features a 12 Phase VRM fitted with top of the line ASRock A-Style features and components. The Z87 socket is supplied power through dual 8-Pin connectors which allow for LN2 overclocking and offer vastly greater stability. You can note that the Z87 Extreme 11 has a large active cooling in place interconnected via a heatpipe that runs the entire length of the board. Each. Heatsinks located at the PCH and PWM supply are actively cooled by two small fans that ensure that the board stays cool under load.

The motherboard comes with a large variety of ports, starting with the storage options which include 22 SATA 6 GB/S ports and 3 SATA 3 GB/s ports. This is by far the largest amount of connectors ever featured on any Z87 motherboard. If that’s not enough, the motherboard also offers three m-SATA ports, one of which is occupied by the 802.11 b/g/n Wi-Fi module while the other two can be equipped with any add on card or m-SATA SSDs. The PCH heatsink is quiet large and could hold a PLX chipset to offer more PCI-e lanes to the four 3.0 x16 expansion slots that offer quad-way SLI and CrossFireX Support. The motherboard also comes with three PCI-e 3.0 x1 slots. For sound the Z87 Extreme 11 has been equipped with the A-Style Purity Sound chip that offers top of the line quality audio through the 8.1 channel jack. The motherboard comes in the XL-ATX for factor and is fully loaded for enthusiasts and overclockers.

For I/O, ASRock has equipped their Z87 Extreme 11 with dual Intel thunderbolt ports, a bunch of USB 3.0 / 2.0 ports, HDMI, Display port, Dual Gigabit Ethernet LAN ports and a PS/2 connector. An 8.1 audio jack which is powered by ASRock's Purity Sound chip offers premium audio quality to audiophiles. There's no doubt that the ASRock Z87 Extreme 11 /TB20 has an impressive design and is feature packed. ASRock didn’t comment on the pricing or the release date of the board but it sure would cost quiet a lot considering the features it pack. 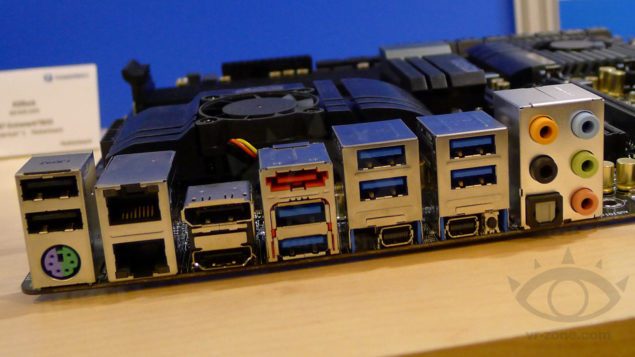