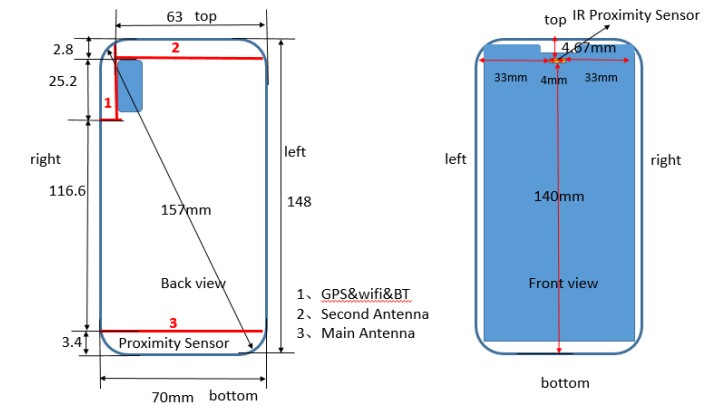 In addition to news for Apple and Samsung, the rumor mill has another favorite these days. News for the Huawei P20 lineup is regular. The company is will bring facial recognition on the lineup, which will starkly differ from current options on Android. Components along the line of Apple's True Depth camera sensor will be present. However, Huawei will try to squeeze them in a much smaller space. Today, the Huawei P20 Lite surfaces on the FCC. Take a look below for the details.

The Huawei QISANE LX1 A.K.A The P20 Lite Passes Through FCC, Listing Critical Details For The Smartphone

Today, we've got an important leak for the Huawei P20 lineup. If you're a regular, you will know that the lineup is consistently rumored with Facial recognition. It will consist of three devices, the Huawei P20 Lite, P20 and the P20 Plus/Pro. According to an FCC listing, the P20 Lite will feature facial recognition, in a direct response to Apple. The smartphone will measure 70mm across. 4mm at the top of this width will consist of facial recognition components, powered by a Flying II depth learning algorithm.

The smartphone will also have a 6.1" diagonal, similar to Apple's larger LCD iPhone, dubbed as the iPhone 9. These leaks follow Ming-Chi Kuo's claims that larger displays will become more popular in 2018. Aspect ratio for the P20 Lite will not follow mainstream devices. Huawei will make the device taller at the expense of width, devoting more area for screen real estate.

Today's FCC post mentions a lot of important details for the Huawei P20 Lite. In addition to the sensor cutout, these also show a stacked dual camera setup, similar to the iPhone X and the rumored Galaxy S9+. However, unlike the latter, Huawei will place the feature at the P20 Lite's top corner. Diagrams for the smartphone give out clear dimensions, including those for the 3D sensor cut out. A lot of rumors believe that we'll get facial recognition from Huawei on the P20 lineup, as the company follows Apple with the feature.

This puts Korean tech giant Samsung in a dilemma. Despite advances in biometrics, Seoul will doggedly focus on the S9 lineup's rear camera specifications this year. Which isn't bad. After all, photography is the one feature which truly sets out high-end devices from the rest. For closest illustration, just take a look at how Xiaomi's Mi Mix2's rear camera performs. Thoughts? Let us know what you think in the comments section below and stay tuned. We'll keep you updated on the latest.