There were several rumors stating that Huawei’s upcoming smartphone, Honor 7 will be shipped out sporting the company’s own Kirin OS, while the other one will be running Android Lollipop. Now, according to the latest specifications, the upcoming smartphone is not going to be a cheaply priced one, since My Drivers has reported that the starting price of Honor 7 is going to be $599. In short, consumers with thick wallets and an even bigger bank account will have the financial capacity to purchase this mobile power house. 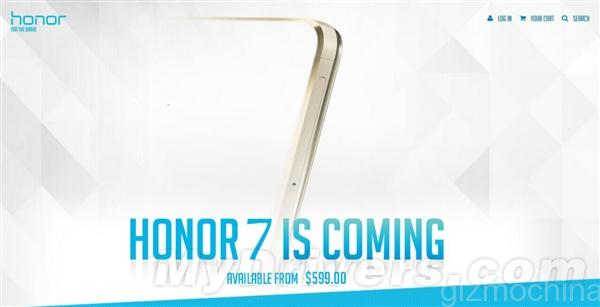 Huawei Honor 7 Will Be Packing A Kirin 935 SoC, Along With 4 GB RAM And 64 GB Of Internal Storage

According to My Drivers, Honor 7 is going to be unveiled on July 30 in China. The website states that Huawei is also rolling out a lesser performing variant of Honor 7; one that will feature 3 GB of RAM and 16 GB of internal storage. So far, the source has not cared to mention which variant will be stamped with the expensive price tag, but if it happens to be the 3 GB model, then you can already kiss the success of the handset goodbye.

Kirin 935 will no doubt outperform the company’s Kirin 930, but so far, no details have been provided on which processor duo is going to be present inside it. With several handsets being rolled out that cost less and perform better (such as Elephone P9000), consumers residing in China should hope that the $599 price ends up being a rumor after all. All models of Honor 7 are going to feature a 5 inch screen that radiates the 1080p resolution.

There is also a possibility that the upcoming smartphone might be incorporated with a fingerprint scanner, but unless the device gets showcased at the above-mentioned date, it is futile to randomly start listing features. The plus side to owning the handset will be that Honor 7 will be able to accommodate two SIMs and will feature a 3,280 mAh battery inside what most likely will be a metal chassis.

So after hearing the price tag, would any of you guys want to settle for Huawei’s upcoming handset? Let us know.