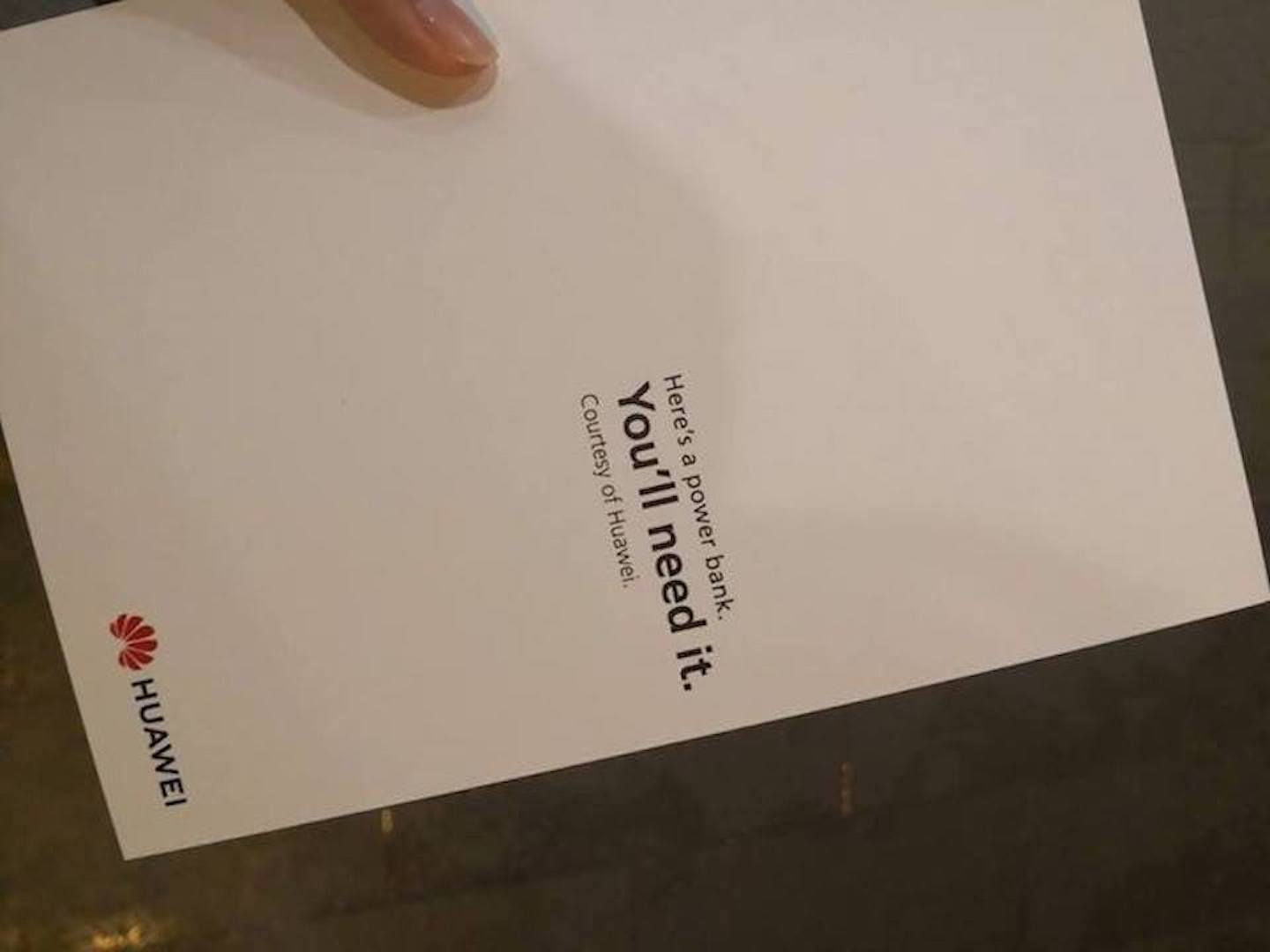 Apple's iPhone XS and iPhone XS Max can now be bought directly from the company's store. As is customary for the smartphone lineup, users have started to line up outside Apple's stores across the globe. In Singapore, smartphone maker Huawei decided to take advantage of this fact. Take a look below for more details.

Chinese company Huawei has been in the news recently after it overtook Apple and became the world's second-largest smartphone brand. Now Huawei's Singapore branch has employed some truly creative marketing techniques. Apple users started to line up outside the company's store on Orchard road at least 24 hours before the company's freshly launched iPhone XS and iPhone XS Max became available for purchase.

They were in for a nice surprise as Huawei decided to use the scene to market its brand and criticise Apple. The iPhone XS features a smaller battery than its predecessor and Huawei chose to highlight this fact in an unconventional manner.

Huawei handed out around 200 power banks, each of which retails at S$80 ($59). The company's representatives started making distributions at around 11 pm local time. Users started chasing Huawei's staff for the free power banks, but not everyone's needs could be satisfied. It's a rather unique way of criticizing your competition as the package for the accessory read out 'Here's a power bank. You'll need it'.

Apple has witnessed direct mention from its competitors on stage several times. Huawei's P20 Pro features a 4,000mAh battery just like Samsung's Galaxy Note 9. However, the Cupertino tech giant's hardware-software integration on the iPhone allows it to lower down mAh requirements. Thoughts? Let us know what you think in the comments section below and stay tuned. We'll keep you updated on the latest.