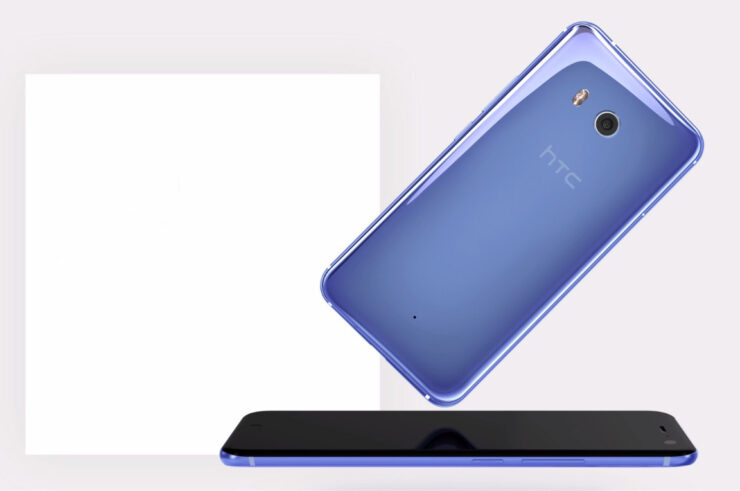 Despite sticking to an old design that’s very different compared to the likes of Galaxy S8, and LG G6, the HTC U11 has still managed to sell well to the point that the flagship is not available anymore on places like Amazon and HTC.com. If you place an order right now, you could be looking at a month’s waiting time in getting your hands on the smartphone.

All color variants, which include the Amazing Silver, Sapphire Blue, and Brilliant Black options have been sold out. The only variant available on Amazon is the Amazing Silver color option if you’re interested, but other than that, it looks like you will be fresh out of luck trying to look for a different version of the flagship. This is a pleasant surprise from a manufacturer that was being criticized for its head not being in the game. For one thing, the handset features similar hardware and is priced lower than the likes of Galaxy S8 and Galaxy S8+, which is a good thing.

If we were to nitpick, we would have to go with the lackluster design of the phone, but at least the changeup of materials will add some much-needed ‘bling factor’ to the Snapdragon 835-powered flagship. As an added bonus, you get a very capable rear-facing shooter and IP67 water-resistance rating. The only problem in purchasing the smartphone is that it comes without a headphone jack, which will be bothersome for millions of users out there. 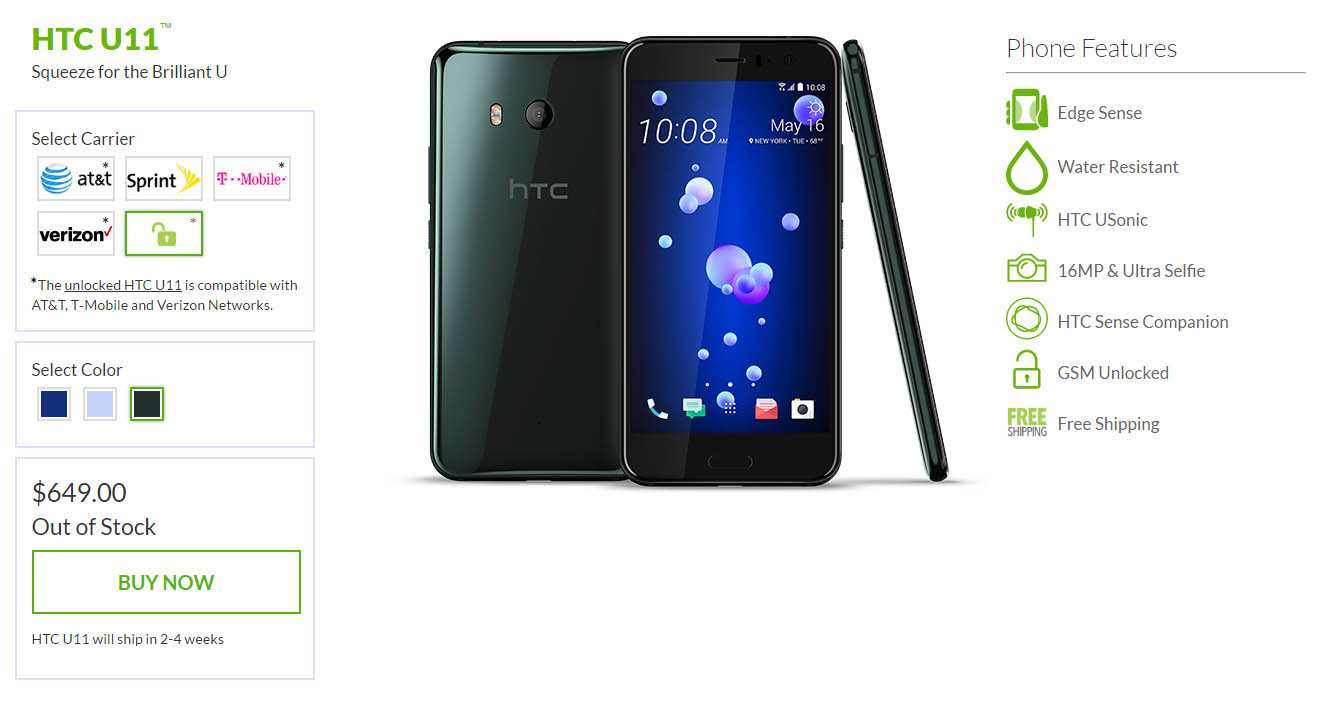 However, HTC has managed to find a way around this and provided not just a dongle for your worries, but also USonic noise canceling headphones for stellar audio performance. We’re not sure if this is going to be the only flagship from HTC but with the Taiwanese manufacturer is working closely with Google to ensure a Pixel successor, so let us hope for a better design from both tech firms.

Would you make a purchase of the HTC U11 when it is eventually available to purchase? Tell us your thoughts down in the comments.