HTC’s Boost+ App Will Declutter And Optimize All Android Devices

Before today, the HTC was running wild in the Rumor Mill. While we already knew most of the features, some of them are absolutely first to touch. Nonetheless, we won't have to worry about what's next for HTC for another year. However, apart from the smartphone itself and the 'Ice View' accessory that goes along with it, HTC has also unveiled a new app for all Android users out there.

HTC Boost+ Will Be Available To All Devices Running Android 5.0 or Higher

Along with the HTC 10, the company unveiled a brand new Boost+ app for all devices running Android Lollipop 5.0 and up. This means that the app is not restricted to operate on HTC devices alone, but can be installed by anyone on their personal Android device. While others will be able to download it from the Google Play Store, the Boost+ app will come pre-installed on all HTC 10 handsets.

The HTC Boost+ app is similar to that of Samsung's Smart Manager app. If you're not familiar with it, it is developed to lighten the smartphone by all means whether its the Battery, RAM, Security or the Storage. The HTC Boost+ has similar characteristics to that of Samsung's Smart Manager, but it also includes other options as well. Do take note that not all options will be available for all smartphones. For instance, the Game Battery Booster option will be available to users with HTC devices and not others. 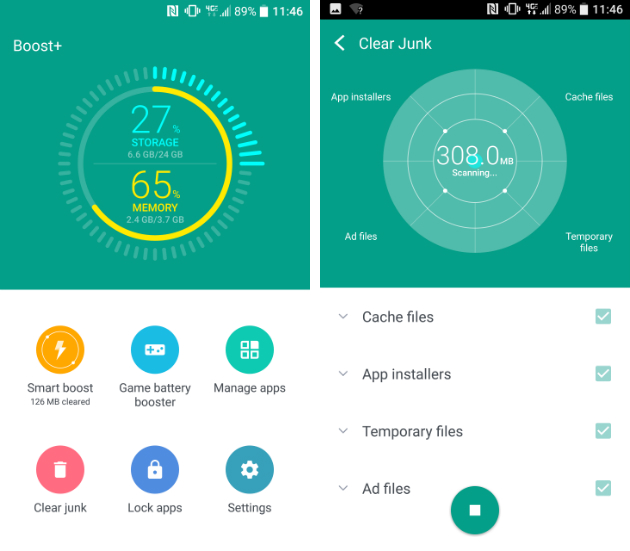 The HTC Boost+ app includes six major options constituting the Boost, Game Battery Booster, Manage Apps, Clear Junk, Settings and Lock Apps. The Boost option will allow users to clear unnecessary apps that takes a lot of RAM. The Game Battery Booster will allow users to change the display resolution when you're playing a game. This will ultimately save battery. Manage Apps will obviously manage apps as per your preferences. The Clear Junk option kills all files that you don't need or use, like temporary files or cache memory. The Lock Apps option is viable if you don't want strangers to peep into apps on your device. The Settings app will initiate general settings for your device.

The Boost+ app is not available on the Google Play Store just yet, however, HTC says that it will be available pretty soon. It is definitely a great app to have on all Android devices and HTC has done a good job in not restricting it to the HTC branded devices alone.

What do you guys think about the HTC Boost+ app? Will you be giving it a swirl once it's here? Share your thoughts in the comments.