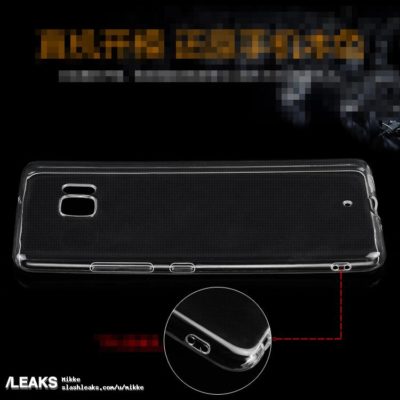 With the majority of leaks surrounding Apple's iPhone 8 and Samsung's Galaxy S8, other devices often get pushed to the backburner. It gets hard to remember that manufacturers the likes of HTC and LG also have devices set up for upcoming launches. While the latter's LG G6 will be a mix of the old and new, HTC is looking to make quite a comeback. The Taiwanese smartphone manufacturer hasn't seen much love from the market lately. The HTC 10 failed to make much of an impact and the HTC One M9 suffered from the Snapdragon 810's throttling problems. Now, HTC just might redeem itself with the HTC 11. How so? Take a look below to find out more.

The advent of the rumor mill ensures that the element of surprise is removed from smartphone launches. Whether it's the iPhone or the Galaxy S, information about the features of upcoming devices becomes readily available beforehand. Today, the rumor mill gives us a detailed look at the HTC 11. The device, code-named as the HTC Ocean Note has made several appearances so far.

Information so far suggests that HTC will remove the earphone jack and all physical buttons from the Ocean Note. It's a bold move that will attract a lot of new users to the company and secure a major design win if executed seamlessly. Today, an alleged promotional video provides more details for the device and confirms a lot of features that have leaked so far.

Courtesy of legendary leaker Evan Blass, the video is dedicated around a single feature of the HTC Ocean Note. The sides of the device look to support a unique functionality, which resembles that of the Samsung Galaxy S7 and Galaxy S6 Edge. The Ocean Note appears to sport an edge to edge design which allows users to access apps using the sides of the device. Combine this with an alleged button free design and we've got a design winner on our hands.

Other features for the HTC Ocean Note include the Snapdragon 835 as the processor, an impressive rear camera and upgraded display. HTC will launch three devices this year, with each aimed towards targeting a specific screen size bracket. Some reports suggest that we won't see the lineup debut in the US due to resource constraints. It's a shame considering that HTC looks to have a great device on its hands. Thoughts? Let us know what you think in the comments section below and stay tuned for the latest.