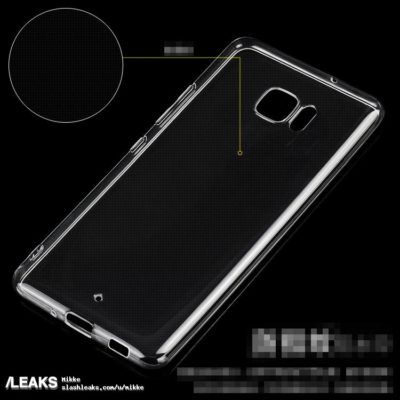 2016 seems eager to end on a bang. With only a couple of hours left until the year ends, the leaks just don't want to stop. Just today, we shared with you what appears to be a case render of the upcoming LG G6. While it provides us with little details, now, the HTC Ocean Note is taking the spotlight. The device will succeed the HTC 10 launched last year and looks to be an impressive package of specifications so far. Take a look below for the latest.

Talking about the rumor mill, there are nearly countless amount of sources which claim to have news and details about upcoming devices. It's a headache to sort out the relevant details from the fluff and to that end, a couple of sources often provide accurate information. One of these is LlabTooFer, who has been very active on the leaks scene for quite a while.

Today, he claims to have some more details about the HTC Ocean Note a.k.a the HTC 11. According to the latest, the device will be unveiled in less than two weeks. That's a big rollback for the launch, which been speculated to take place in March according to earlier speculation. Safe to say, HTC's looking to get an early start this year, after a rather dismal performance for the past couple.

Ocean Note to be announced on the January 12th. Device will be available in single and dualsim modifications.

In addition to its launch date, LlabTooFer also confirms antoher feature that's been rumored for the HTC Oean Note. The tipster suggests that the device will feature dual SIM connectivity, a feature that's quite popular in the East. Earlier information has suggested similar features as well, with one of the SIMs being able to support 3G and the other 4G LTE. Aside from these details, we've got little more on the device's specifications.

One feature that has been rumored is the removal of the 3.5mm earphone jack on the device. Sources claim that HTC will follow in Apple's footsteps for the device next year and limit earphone connectivity to the Type-C port. We're also hearing that HTC's undergone some restructuring lately and therefore will not launch the Ocean Note in the United States. A pity if you ask us. Perhaps the company shouldn't have taken its chances with the Snapdragon 810. Thoughts? Let us know what you think in the comments section below and stay tuned for the latest.